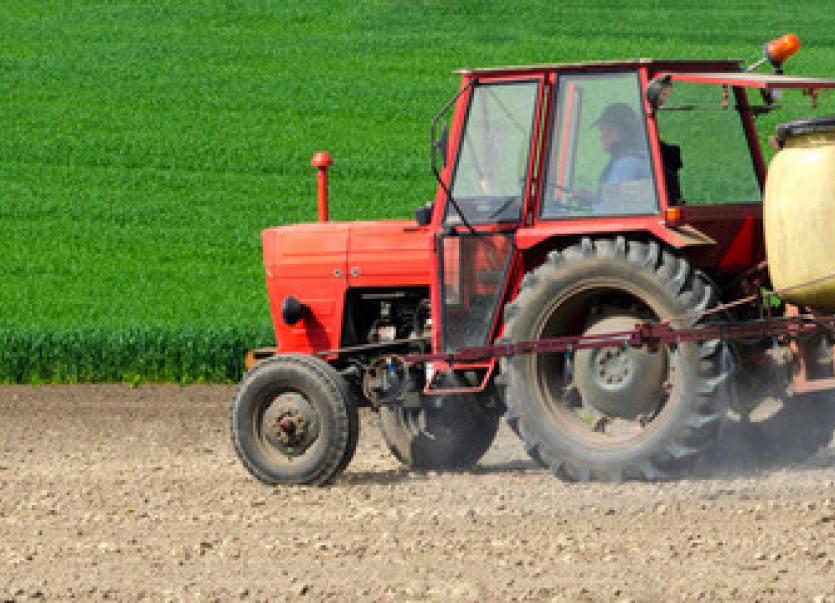 An appeal has been made to Donegal farmers and other users of pesticides to ensure that best practice measures to protect drinking water quality are always followed.

This follows confirmation that exceedances in pesticides are on the increase across County Donegal with two exceedances detected during 2018 in the River Eske Public Water Supply.

Eight different supplies in Co Donegal (Bundoran, Fanad East, Fanad West, Frosses /Inver, Letterkenny, Milford, Fullerton Dam and Rosses) have seen the herbicide MCPA and other pesticides such as Cypermethrin, Glyphosate and Fluroxypyr detected over the past two years, albeit mostly at very low levels.

Efforts to reduce the incidence of detections are being coordinated by the National Pesticides and Drinking Water Action Group (NPDWAG) which is chaired by the Department of Agriculture, Food and the Marine. All of the key stakeholders are represented in this group and include other Government departments and agencies; local authorities; industry representative bodies; farming organisations; water sector organisations; and amenity sector organisations.

Pat O’Sullivan, Regional Drinking Water Compliance Specialist said: “Irish Water is continuing its extensive investment programme to improve water and wastewater services in Ireland. Providing safe, clean drinking water for all is our first priority. In Ireland, the majority (82 per cent) of drinking water supplies come from surface water sources (water from rivers, lakes and streams). Such supplies are vulnerable to contamination from land and animal run-off.”

Dr Aidan Moody, Chair of the NPDWAG commented: “The continued engagement of all stakeholders, working in partnership, is needed to tackle this issue. Users of pesticides should make sure that they are aware of the best practice measures that should be followed to protect water quality.”

MCPA, which is commonly used to kill rushes on wet land, is the main offender. Careless storage, handling or improper application means it can easily end up in drinking water leading to breaches of the drinking water regulations.

The regulations are so stringent that a single drop of pesticide is enough to breach the drinking water limit in a small stream for up to 30 kilometres. This clearly highlights the level of care needed to protect drinking water sources.

Irish Water working in partnership with the National Pesticides and Drinking Water Action Group would like to remind farmers and professional users of pesticides of the need to follow best practice in the application of pesticides such as MCPA on land, particularly near lakes and rivers used as drinking water sources.