"Give me football anytime" - Anthony Molloy

Hopes are high in Glenties that Molloy will be elected 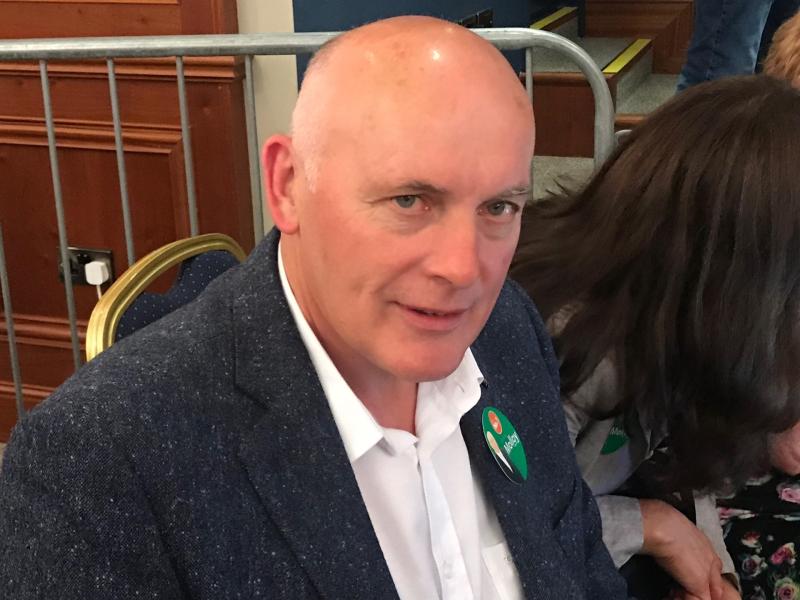 The captain of the 1992 Donegal team has said that it's been a tough morning.

"Give me football anytime," he said from the count-centre at the Highlands Hotel this evening.

The Ardara-based sportsman who was tipped to take a seat is now very well on course to take his seat at the Glenties Municipal District table.

He said that at one point he was worried as: "All four of us were very close."

However as the evening progresses Molloy feels more confident.

He said that he knew he would garner transfers from Liam Whyte should he be eliminated.

With the elimination of Whyte - Molloy gained 401 votes.

He paid particular tributes to Anne Moy and Ian Molloy who helped him greatly.

He thanked all those who canvassed and supported him.

"I would like to thank all those who voted for me," he said.