Outdoor gym at Bernard McGlinchey Town Park should be adults only 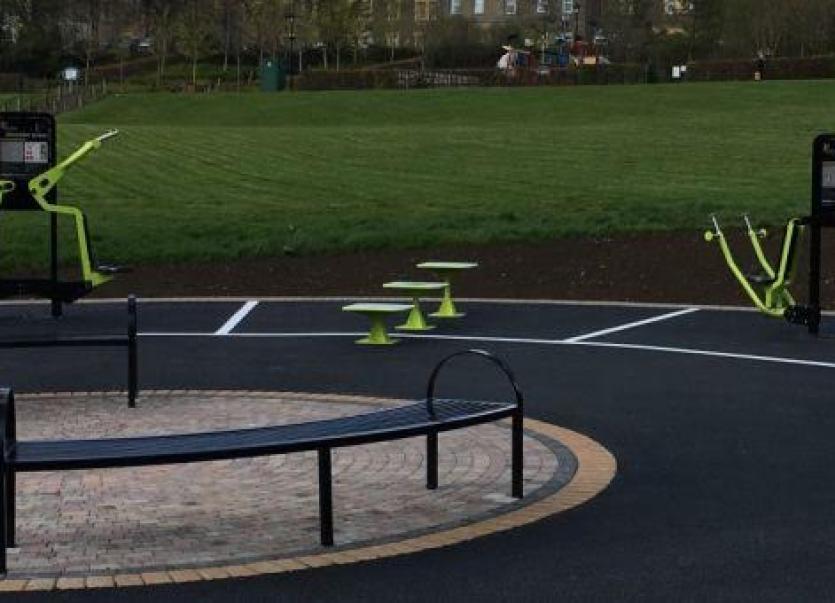 Fears young children using outdoor gym equipment at the Bernard McGlinchey Town Park in Letterkenny could get hurt doing so were raised at this week's Letterkenny-Milford Municipal District meeting.

Cllr Jimmy Kavanagh called on the council to erect signage indicating that the gym in the park was for adult use.

He said on many occasions adults were not able to get to use the gym because of children playing in the area and the lack of signage wasn't helping either. He added he noted the spirit of the official answer and accepted it all but stressed the equipment available wasn't really for use by children.

"It contains things they can't reach and the children are supporting one another to reach some of the equipment and this is dangerous. There will be a child hurt at some stage and I wonder how the council would stand at that point?"

He added even if there was for use by over-12s only at least this would indicate that it was felt the equipment was only suitable for those of a certain age and ability.

His motion was seconded by Cllr Gerry McMonagle who said he agreed with the sentiments saying there was a danger children could be using equipment not intended for them. He said he understood the motion wasn't discriminatory against anyone but more a health and safety issue.

In the official council response to his motion the meeting on Tuesday was told that the gym was funded by Healthy Ireland to support innovative, cross-sectoral, evidence-based projects and initiatives that supported the implementation of key national policies in areas such as obesity,smoking, alcohol, physical activity and sexual health.

"Accordingly the gym is available to all sectors of the community and would be considered discriminatory if restricted to adults only. There are no plans to erect Adult Only signage," the reply stated.

Fergal Doherty, the council's area manager roads and transportation, said he would look at the issue again but was not sure if putting up signs would make any difference. He added he would also check with the funding source for the gym, Healthy Ireland, to see if this proposal would have any impact with them.