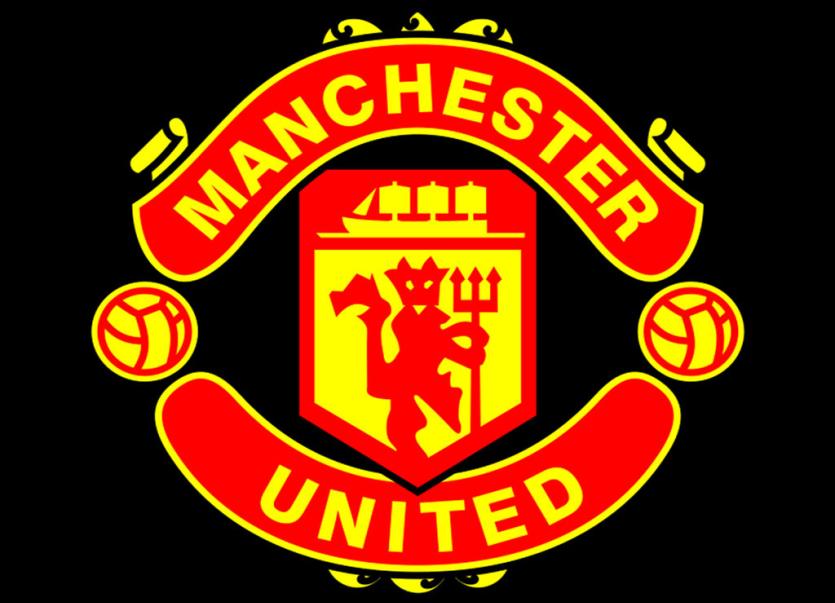 A goalkeeper who was once on Manchester United’s books saw red after just three minutes of a remarkable Donegal League clash this weekend.

Glenea United player Joe Coll, from Meenlaragh, spent two years at Old Trafford as an apprentice but left the Red Devils in 2012.

Today he got his marching orders at Flag Pole Field in Rathmullan after he was adjudged to have taken down Rathmullan Celtic’s Eoin Sheridan just outside the box. Glenea were reduced to nine men in injury time when goal hero Sean Mc Bride was sent off for a second yellow but they still won the game 2-1 and are sitting proudly at the top of the Temple Domestic Appliances Division One table.

Rathmullan Celtic welcomed their old foes Glenea to the Flagpole Field for what was an exhilarating top of the table clash.

This was a real six-pointer that was edged at the death by the visitors with Sean Mc Bride the hero with that last gasp strike that puts the Glasserchoo men firmly on top of the First Division.

The Hoops were in the ascendancy after three minutes when former Manchester United junior goalkeeper Joe Coll was shown a red card after the shot-stopper was adjudged to have taken down Eoin Sheridan just outside the area.

However, 10 man Glenea played resolutely and their persistence and attacking football put the home side on the back foot.

On 12 minutes Glenea sharpshooter John Mc Fadden saw his strike brilliantly cleared off the line by man of the match Ephrim Mc Fadden.

Five minutes later the visitors deservedly took the lead after a goalmouth scramble saw Mc Fadden toe poke home much to the jubilation of the large traveling support from Falcarragh. Just before the half time whistle, Mc Fadden almost doubled his tally after rounding goalkeeper Shaun Gallagher outside the box before his acute-angle strike was cleared off the line by Reggie Miller much to the relief of the Seaside faithful who were glad to regroup at the break.

Michael Deeney’s Hoops took the second half by storm pinning the Glenea side in their own half with attacking football led by Ephrim Mc Fadden from defence.

Midfielder Eoin Sheridan saw his strike, after a goalmouth scramble, come back off the post in the opening 30 seconds of the half. Five minutes later Eddie Moore put Sheridan through who slotted the ball on to Kevin Doran who scored, but referee Allister Gurley ruled the goal out for hand ball from Sheridan in the build-up.

On the hour mark the Hoops introduced star striker Dara Patton who completely changed the tempo of the game almost immediately with his class on the ball. The talisman set up another attack on 65 minutes which resulted in a goalmouth scramble with Hoop’s midfielder Brad Patterson on hand to toe poke home and set up a gripping finale.

The Seasiders, despite all their dominance, couldn’t create that killer ball in the final third to break down a totally disciplined defence led superbly by Sean Coll and they were to rue such missed opportunities. With full time looming, the Glasserchoo outfit mounted a rare attack which resulted in Mc Fadden crossing into the area which was not dealt with by the Hoops defence and Mc Bride popped up at the back post to toe poke home and steal the valuable three points to put the icing on a disciplined performance for 10-man Glenea.

The Hoops had a final effort to equalise when Adam Salhi put his strike wide of the goal with a gilt-edged opportunity to steal a draw but it wasn’t to be.

Glenea were reduced to nine men in injury time when goal hero Mc Bride was sent off for a second yellow which still didn’t disappoint the Falcarragh supporters who fairly enjoyed their last gasp win at the Seaside.

Glenea’s stubborn defence was the difference in this top of the table clash led impeccably by Sean Coll with Hoop’s sweeper Ephrim Mc Fadden taking the man of the match award followed closely by star striker Dara Patton who lit up the Seaside with his introduction for the final half hour. Referee: Allister Gurney 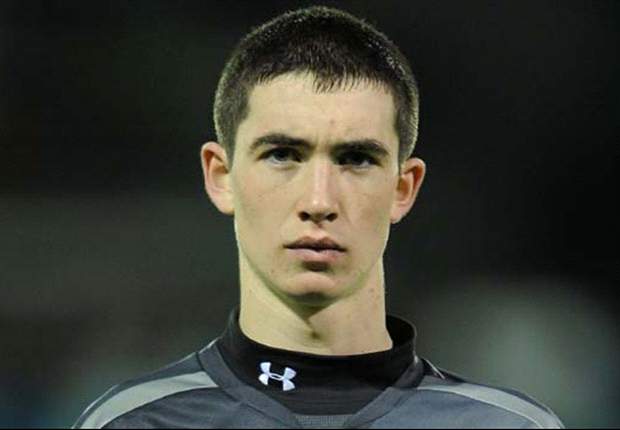 Above: Joe Coll, pictured in his Manchester United days. He joined United in July 2010 from Glenea United, but despite appearing for the Republic of Ireland at under-15, under-16, and under-17 level, he was left warming the bench with Paul McGuinness's Manchester United under-18 side.

Ballybofey United and Convoy Arsenal met in a seven goal thriller at Dreenan.

Damien Glackin put the home-side into the lead from the penalty spot after an infringement in the area.

The lead only lasted five minutes as Johnny Doherty stole in at the back post to head the equaliser past Chris Patton from a right-wing corner which was very well delivered.

It got better for the visitors as on the stroke of half-time James A. Kee put them in front.

Eight minutes into the second-half and it was level again as Mark Griffin sent a low curling free-kick past Matthew Gallagher in the Convoy net.

Two minutes after that JP Malley won a race to the ball over the top with Chris Patton and the experienced frontman skilfully dinked the ball over the stranded keeper and ran on to roll the ball into an empty net to regain the Convoy lead.

An eventful spell was completed when Griffin slid the ball past Gallagher to level matters once more.

On 79 minutes Convoy were awarded a penalty and Malley converted for the game’s final goal.

The visitors started strongly and were unlucky not to take the lead when a shot from inside the box rattled the crossbar on three minutes. Niall Campbell, against the run of play, put the Saints one up on five minutes. He kept his cool on the edge of the D and slotted low past the Drumoghill keeper.

This settled the home team and a headed goal from Evan Broderick and a 25-yard pile-driver from Paul O’ Hare left the saints 3-0 up at half time.

St. Catherines were awarded a penalty on 52 minutes for handball in the Drumoghill box. Barry cannon made no mistake.

Carlos Rogers was trying his best in the middle of the field for the visitors but could do nothing to stem the tide as man of the match Ryan Cunningham danced through the Drumoghill defence and calmly slotted home a fifth goal and the points were secured for St. Catherine’s.

The second-half was nip and tuck but Kerrykeel scored their third with Patsy Friel doubling his tally. Letterbarrow again responded with Dan Meehan scoring. Ian Campbell was sure his goal would give Letterbarrow a hard-fought point but their hearts sank when Paddy Carr scored the winner with the last kick of the game.