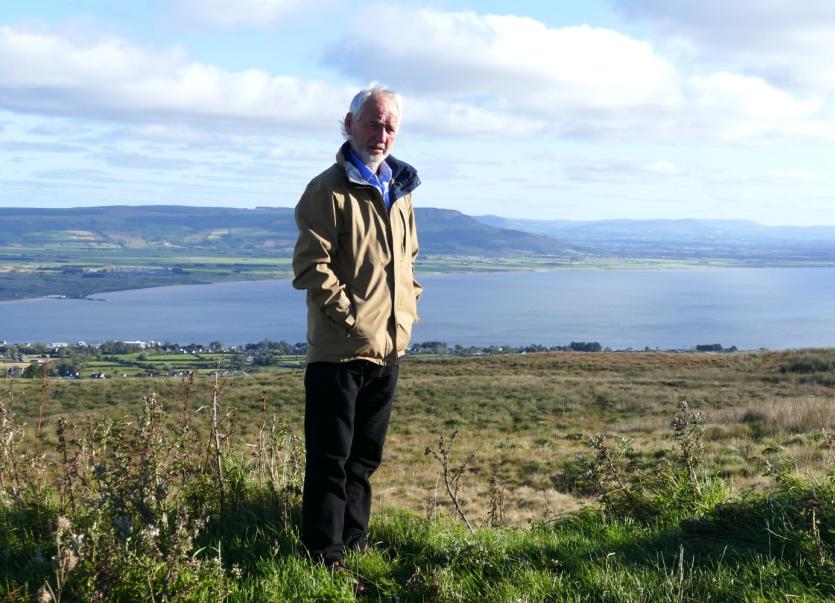 A Donegal man has called for for an urgent public enquiry into the patient complaints procedure of Saolta University Health Care Group, which comprises seven hospitals including Letterkenny University Hospital (LUH).

Enda Craig, from Carnagarve in Moville in Inishowen made the call following what he claimed were attempts to “vilify and discredit” him when he made an official complaint regarding LUH's Emergency Department. It centres on CCTV footage which Mr Craig obtained following  a Freedom of Information request to LUH.

Having viewed the CCTV footage, Donegal TD Pádraig Mac Lochlainn told Inish Times: “I have looked at the CCTV footage of the incident and it does appear to me that there are questions to answer.”

Enda Craig, who was admitted to the LUH Emergency Department on the night of May 11, 2019, described Saolta's patient complaints procedure as “not fit for purpose”.

He added that, as it stood, anyone making a complaint against LUH did  so “at their peril”.

Outlining the events which brought him to his conclusion, Mr Craig said: “During that night, I became unwell at home and was taken by ambulance to the LUH Emergency Department.

“On July 4, 2019, following a formal complaint which I made to the LUH Consumer Services Manager, alleging the abusive behaviour I had received from a senior nursing staff member, I received a complaint response document from LUH signed by the General Manager and the Director of Quality and Patient Safety.

Inish Times has seen a copy of the complaint response document.

“Referring to the CCTV footage, the complaint response document contains the paragraph: 'You pointed your finger at  [a staff member’s] face for a protracted period from 01.58, lasting 34 seconds. The [staff member] is seen to recoil backwards and lift her hands in a defensive manner'.

“This is a reference to the alleged behaviour of myself, in the LUH Emergency Department, on the night of May 11, 2019, following on from a complaint I made alleging the abusive behaviour I received from a senior nursing staff member on the same night. If this statement was correct, it paints me in a disgraceful light, as it portrays the staff member having to adopt a defensive position, being convinced she is about to be struck by me.

“The truth of the matter is, this never happened. It does not appear on the CCTV footage,” said Enda Craig.

Mr Craig's claims the incident described in LUH's complaint response document did not take place was supported by the HSE Appeals Officer's subsequent official report into the issue.

Mr Craig said: “A statement by the HSE Complaints Appeals Officer, from his official report into this issue dated June 19, 2019, clearly states: 'There is no image visible where the [staff member] raises her hands in a defensive manner nor of the [staff member] recoiling backwards as described in the complaint response'.

“I believe, this was a disgraceful attempt to protect its reputation, hide the alleged abusive behaviour of its staff member and portray me as a common thug.

“The fact that a vulnerable patient was, in my view, subjected to a malicious and concerted effort to destroy his good name and inflict serious mental trauma on both himself and his family, seemed not to matter to management at the highest level in LUH.

“The mental trauma associated with such a false accusation, which portrayed me as someone who was about to hit a female member of the hospital staff, is beyond measurement and is unforgivable. And yet, this is precisely what the statement in the LUH  complaint response document attempts to do, to an innocent, vulnerable patient and his family, when he presented with a potentially serious medical condition at LUH Emergency Department,” said Enda Craig.

Calling for for an urgent public enquiry into the patient complaints procedure of Saolta University Health Care Group, Enda Craig said LUH had “questions to answer”.

He added: “Those  responsible for the interpretation of the hospital's CCTV footage have questions to answer, as have the senior management who signed off in full agreement on the LUH complaint response document [July 4, 2019] which contained the said mentioned comments.

“What I have outlined is not an exhaustive list but a small example of the numerous other uncorroborated and unfounded statements which litter the  LUH complaint response document.

“On the basis that LUH adopted a policy of ignoring my serious concerns, I was left with no alternative but to go public and present the true facts of the matter and restore my good name. I also believe that the wider public deserves to be made aware of what potentially awaits them should they have the audacity to make a genuine complaint against Letterkenny hospital.

“I wish to make it clear that LUH has many great staff who provide a high level of treatment and care to many patients, as I have experienced in the past.

“However, LUH management must be open to addressing defects and weaknesses when highlighted by genuine complaints. Callously throwing patients under the bus is no solution and makes a mockery of the stated HSE policy, which states: 'The HSE welcomes complaints from patients as it gives them the opportunity to learn from them and improve the service to the public'. Words are fine, provided they are backed up by appropriate actions,” said Enda Craig.

Mr Craig “They should be held to account,” he said, “ and forthwith removed from any further involvement in dealing with hospital complaints.”

“All of this begs the question, was my experience of LUH a 'once off' or have many previous patient complaints been dealt with in the same obnoxious manner?

“How could anyone be expected to believe one word from LUH until this discredited and tainted report is dealt with and all those associated with it?

“Trust has been completely broken and only an independent public enquiry will suffice to get to the bottom of this shameful business,” said Mr Craig.

Responding to an Inish Times enquiry on the issue, the Saolta Communications Department said: "The HSE cannot comment on individual cases. Maintaining a client's confidentiality is not only an ethical requirement for the HSE, it is also a legal requirement as defined in the General Data Protection Regulation (GDPR) along with the Data Protection Acts 1988-2018.

"When a client or family makes personal information public, this does not relieve the HSE of its duty tp preserve/uphold client confidentiality at all times."