iCARE and White Oaks to benefit from 226km fitness challenge 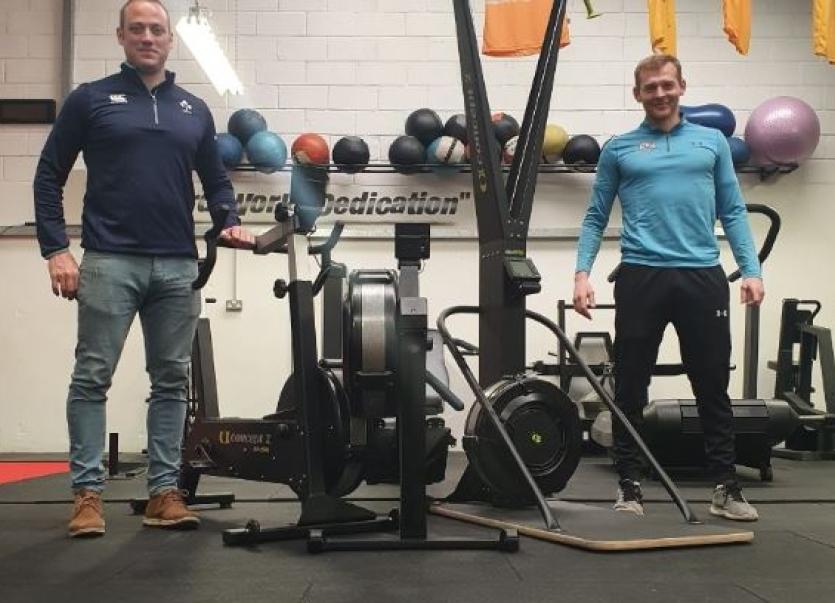 Two Donegal men will be taking on a mammoth challenge later this month in aid of two vital local charities.

Buncrana men Oisin O'Flaherty and Conor Mulkerns will take on a gruelling ironman challenge, which consists of a marathon row (26.2 miles), cycle 112 miles and ski 2.4 miles, all between the four unforgiving walls of the O'Flaherty Fitness gym.

The challenge is expected to take at least 13 hours to complete, with all of the proceeds going to iCARE and the Whiteoaks centre.

“We were supposed to do a marathon row last month but the event was cancelled because of the restrictions, but myself and Conor had a good bit of fitness built up on the rower and I had planted a seed in Conor and we decided to give this a go instead.”

The brave lads will have to cover 226km each, however that has not deterred them one bit.

“Its going to be a long hard slog, we know that but it'll be worth it.

“A few people have asked us are we off our heads but we're under no illusions. The hope is to get it done in about 13 hours but if it takes 14 or 15 hours, then so be it, we're not trying to break any records.”

With their original target of €6,000 already smashed, the money raised will be going to good homes.

“We chose iCARE and Whiteoaks because they do fantastic work for Inishowen.

“I spent some time in Whiteoaks about 10 years, so I know first hand what they do for people.

“With iCARE, I got know Liam Gill really well and was invited up there to take some classes and it really opened my eyes to what they do there.

“The amount of work there is unbelievable, they basically take care of every child with autism in Inishowen and they give the parents of the children there some respite. It's a great service.

“Both these charities heavily depend on donations, so its just are way of helping them out.”

With travel restrictions beginning to ease over the next three weeks, Oisin is hoping that people may be able to attend the event.

“If the restrictions are eased then we're hoping to throw open the shutter and get a few people in to give us some support.

“Even if it means ones or twos for a few minute at a time. We'll be sticking to the social distancing guidelines but it'll be nice to have people there.

“We'll probably be showing the whole thing on Zoom as well for the people who can't turn up on the day.”

The iron man on the ergs challenge will take place on May 31. To donate visit their Go Fund Me page: www.gofundme.com/f/iron-man-on-the-ergs.