'We cannot pull money out of thin air' - Mica homeowner 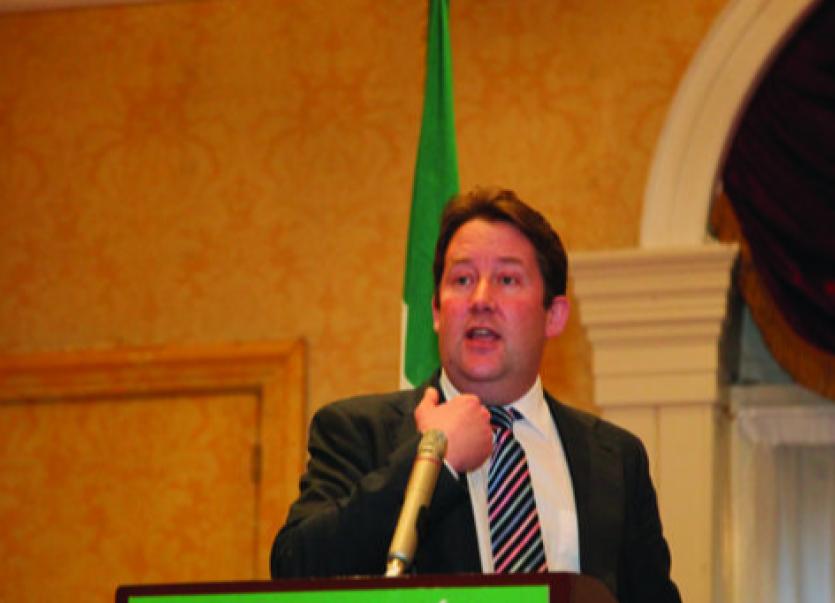 Speaking from his personal experience, a Donegal homeowner, is hotly disputing the assertion upfront testing costs are not deterring applications to the Mica Redress Scheme.

Launching the Defective Concrete Block Scheme in Buncrana on August 7, Housing Minister Darragh O'Brien said he did not think upfront testing costs were to blame for the low number of applications.

However, Donegal Live has spoken to homeowner Paul Finucane from Clonmany who said he would like to know where Minister O'Brien was getting his information from?

Mr Finucane added: “When Minister O'Brien purported the issue was not with the Scheme and the upfront costs, I do not know where he got that information. I would like to know who told him that and I would like to know if he spoke to anyone on the ground who was affected by mica, as opposed to the people who were administering the Scheme.

“There is a lot wrong with the Mica Redress Scheme. It is very hard to know where to start, as its basis is fundamentally flawed. Firstly, with the requirement of a 10% contribution from the homeowner, it may as well not exist. In reality, it is 10% plus the additional expenses incurred by the homeowner, including  having to pay rent on a home for the family to stay in while the work is carried out, on top of keeping up mortgage repayments.

“The Mica Redress Scheme and it creators are essentially asking families to find what could be up to €50,000. That is absolutely unobtainable for myself and my partner and many others.

“The banks won't entertain us. We cannot go to them and say we need an extra €50,000 on top of the mortgage. That would also instantly  wipe out all of the hard work and hard earned money my partner has put into keeping up the mortgage repayments over the last 14 or 15 years,” said Mr Finucane.

The Mica Action Group, which represents approximately 1,500 households in Donegal affected by the issue, has said it has concerns about homeowners being excluded from the scheme.

Mr Finucane said he had many questions for the creators of the Mica Redress Scheme.

He said: “Why have the creators of the Mica Redress Scheme made the affected families feel like they are responsible for the mess by forcing them to contribute 10%. That 10%, in the grand scheme of things, is a small burden for the Government to carry but it is a large burden for the families to carry.

“I just don't understand their thinking. It seems and feels to ourselves and others we have spoken to, they are trying to discourage people from applying for the grant. I find it hard to believe they did not address this in a meeting because there is no way we can continue to pay a mortgage on a house we cannot live in. I t is just impossible, absolutely impossible.

“I understand the scheme was written up before the potential fall out from Covid-19 but, particularly going into what we are potentially heading into, it is an awful place to leave people, trying to find this kind of money to keep their family safe and not have to worry about a wall falling down.

Citing the Pyrite Redress Scheme, Paul Finucane said applicants to it had had their costs met in full.

He added: “We have to be very careful with the Mica Redress Scheme that it is not seen as setting the stage for any future remediation work, anywhere in the country might experience. If it is accepted now,  and there is a problem in another part of the country in the future, Government will point to the Mica Redress Scheme and say, 'Well, the people of Donegal accepted it'.

"The wider Donegal public needs to understand the problems with these mica-affected blocks. I have a family background in construction and I understand what goes into building a house. I understand there are different strengths of block.

“The Mica Redress Scheme is constantly talking about being engineer led but it needs to be family led. It needs to be the family that comes first. The Mica Redress Scheme also seems like a false economy for the State. They are going to force families to save money to pay for the 10% contribution and while families try to gather that 10%, which could be €30,000, €40,000 or €50,000, their home is deteriorating further and the cost  to the State will increase. We can't pull that kind of money out of thin air. It is going to take time and the longer it takes, the more the house is going to deteriorate, so what could have been an external wall only job, will turn into internal, external, down to foundation level,” said Paul Finucane.

According to Mr Finucane “time is not on the side of  mica-affected families”.

He added: “We cannot wait for years like we did before because there will be nothing left to repair.

“I don't care where them money comes to pay for it because they will talk about being in the middle of Covid and there will always be a problem with the Health Service, with Education, with homelessness. But mica is the problem now that needs to be fixed now and this is exactly what the State is for. It is here to step in in situations like this, when people cannot look after themselves and we cannot look after ourselves now, through no fault of our own. Denise certainly did not go down to Cassidy's and point out blocks with Mica in them and say I want those ones. That did not  happen. There is huge mental stress being put on families,” concluded Paul Finucane.