From Sea Fencibles to the Irish Coast Guard

The Coastguard in Donegal 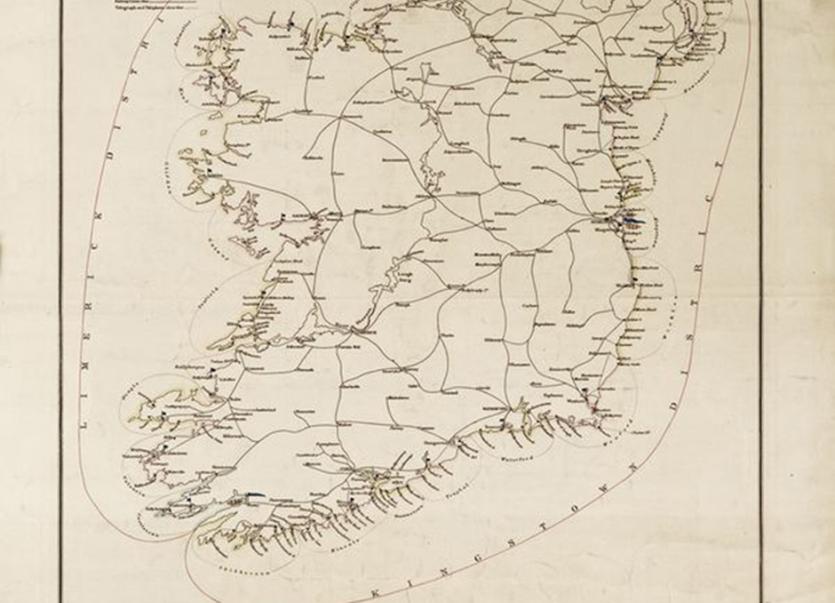 Unfortunately, according to Seamus Bovaird, Chairperson of Inishowen Maritime Museum, the Coastguard had “many masters” over the years, so “no continuous records have been kept by a single Government department.”

Speaking to Inish Times, Mr Bovaird said: “The Sea Fencibles were naval units established, in 1793, to provide a close-in line of defence and to obstruct the operation of enemy shipping, during the French Revolutionary and Napoleonic Wars. The Sea Fencibles were recruited from local volunteers in coastal areas.

“In May 1798, the British Admiralty authorised the formation of co-ordinated Sea Fencible units along the English and Irish coasts as a naval equivalent of a Home Guard, at a time when there was a real threat of an invasion from France.

“By Admiralty Order, 20 Sea Fencible units were established, and a network of Martello towers was constructed to protect the Irish coastline. As part of this programme, the Martello Tower, in Greencastle was built. in 1810.

“The Sea Fencibles were disbanded in 1801 and a replacement organisation, the Preventive Boat Service, also known as the Waterguard, was formed in 1809 to combat smuggling. It was an independent arm of revenue enforcement to complement the shore based 'Riding Officers' and the offshore revenue cutters. The services were placed under the control of the Admiralty in 1816,” said Seamus Bovaird.

Stations were established for the Irish Preventative Water Guard, starting in 1820, with stations in Waterford and Cork and spreading around the coast.

Seamus Bovaird added: “In January 1822, the building works were extended by establishing stations between Lough Swilly and the Island of Rathlin.

“In 1822, the Waterguard, the Riding Officers and the Cutters were placed under the control of HM Customs and renamed the Coast Guard. It was, again, placed under Admiralty control in 1856 and, as the Coastguard gradually moved away from revenue patrol duties, the Waterguard element was re-formed as part of HM Customs, in 1891, and absorbed into the Customs and Excise department in 1909.

“In 1829, the first 'Coast Guard Instructions' were published. They stipulated that when a wreck took place the Coast Guard was responsible for taking all possible action to save lives, taking charge of the vessel, and protecting property. It was under these regulations that they became responsible for the coast rescue service to come to the aid of ships in distress. This meant that the coastguard station boats became an official part of coastal rescue services,” said Seamus Bovaird.

In 1837, the head of the Coastguard District of Inishowen was based in Carndonagh, with the head of constabulary.

Coastguard buildings came under the control of the Office of Public Works in the 1850’s.

“The Coastguard service was taken over by the Admiralty in 1859, which then undertook a major programme of building Coastguard Stations. The intention was to have a Coastguard station about 20 miles apart all around the coast,” said Seamus Bovaird.

He added: “Coastguard stations became fortified structures and were fitted with iron window shutters with firing holes cut into them. Internal modifications were made so that occupants could move from one end of the building to the other by using communal doors or runways in the roof space. The watchroom became an integral part of the building and the chief station officer retained a supply of small arms ammunition under lock in it.

“During WWI, some Coastguard Stations had their staffing levels increased to cope with wartime requirements. Fort Dunree and Buncrana had full artillery and naval establishments which supported extra Coastguard duties.

“Because the radio station, Malin Head had extra Royal Naval personnel to perform signalling and meteorological duties. There was a detachment from the US Naval Air Service attached to provide weather reports and communication services for the US seaplanes based, on Lough Foyle, at Ture.

“In turn, all of the Malin Head facilities were protected by a detachment of the Iniskillings who were billeted in a wooden barracks hut at Banba’s Crown,” said Seamus Bovaird.

He recalled: “In 1920, there were 157 Coastguard, War Signal and Wireless Telegraphy Stations in Ireland.

“During War of Independence, Coastguard men were viewed as 'symbols of imperialist Britain' and an acceptable target for IRA attack. The 'high visibility and aggressive military design' of the Coastguard stations were “intended to be a physical proclamation of seigniorial authority” and many were burned to the ground.

“In 1923, in the UK, the Coastguard was re-established as a coastal safety and rescue service, overseen by the Board of Trade. However, this coincided with the end of the Irish Civil War when the new Irish government started to take over responsibilities for the new Republic.

During WWII, the Department of Industry and Commerce, which ran the CLSS, refused to allow the CLSS to keep watch for belligerent ships and aircraft.

Even in time of war, it was more important that government departments should protect their territorial bureaucracy than do a job correctly. The Department of Defence established a separate Coast Watching Service for that purpose. The CLSS was later renamed the Coast and Cliff Rescue Service (CCRS) in 1988

“The commission of inquiry was chaired by Buncrana man, Eamonn Doherty, a retired commissioner of An Garda Síochána.

“In May 1991, a new service named the 'Irish Marine Emergency Service' (IMES), was established by the Department of the Marine and subsumed the CCRS. In February 2000, the name was changed to the 'Irish Coast Guard.”

Inishowen Maritime Museum is currently attempting to collect and preserve photograph, articles, and information of maritime interest. If anyone has material they do not want to part with, the Museum can scan it and return the original right away.