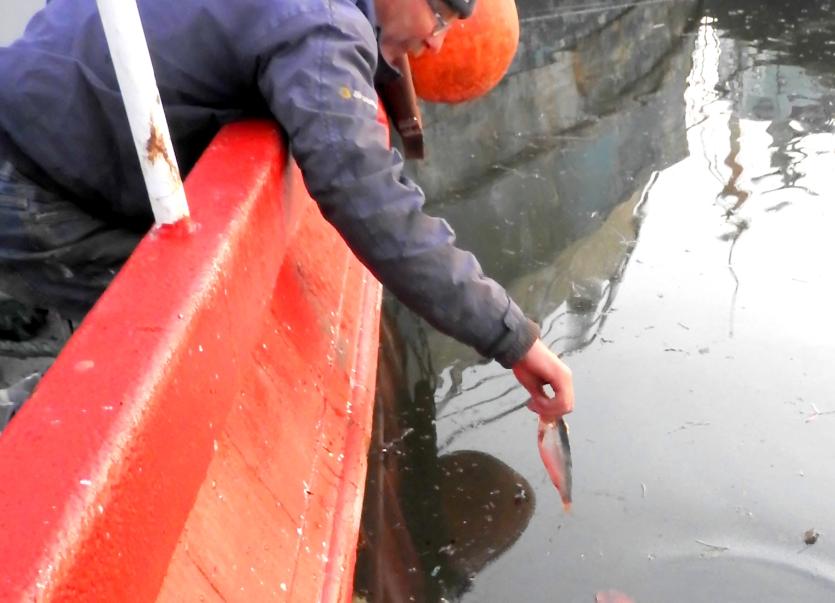 A proposed pilot scheme permitting fishermen armed with “high-powered rifles” to shoot seals from their boats has been greeted with horror by members of the Inishowen fishing community.

The culling scheme was revealed by Darragh O'Brien, Minister for Housing, Local Government and Heritage on September 23 in his answer to a parliamentary question tabled by Kerry TD Michael Healy-Rea.

Minister O'Brien said: “There are concerns about this approach to seal management, given the potential safety concerns arising from using high-powered rifles on moving platforms.

“Nonetheless, my Department is examining the potential for a pilot scheme, which would test this approach and determine its efficacy in protecting fishermen's catches. Plans to initiate this scheme earlier this year had to be postponed due to the pandemic.”

However, in an apparent about face, Minister O'Brien yesterday took to social media to deny plans for a seal cull.

On Twitter the minister wrote: “For the avoidance of any doubt, my Department has absolutely no plans for a general cull of seals as stated in the PQ response of Saturday, September 15 and 23 and I would not sign off on any pilot scheme which would involve fishermen shooting seals from a boat.”

The Harbour or Common Seals and Grey Seals, which inhabit Irish waters are protected under the EU's Habitats Directive.

According to Greencastle fisherman, Liam O'Brien, Harbour Seals are “no threat to any fisherman”.

Liam who has befriended Bosco, the Greencastle Harbour Seal, said: “Those seals never leave the harbour. We have them in Clogherhead  Harbour (County Louth), Howth (Dublin) and Kilkeel (County Down) and people love to see them.

“There is also a seal at the mouth of the Foyle and some of the crab men, some of the pot men are feeding him. He will come up to the side of the boat.

“Bosco was a baby pup last year. He eats discarded fish. He's not going any place. At the end of the day, the sea is not ours. It is not anybody's. We have no right to come along and say do this or do that to the Harbour Seals,” said Liam.

Speaking to Inish Times from the Seal Rescue Ireland in Courtown in Wexford, executive director, Melanie Croce said: “The proposed cull would be directed at the Grey Seal. However, the Grey Seal and the Harbour Seal are both protected species under the 1976 Wildlife Act.

“In both populations, the numbers are not very big. The numbers are being misconstrued. The most recent National Parks and Wildlife Service census showed that there are about 4,000 Common Seals and less than 4,000 Grey Seals in Irish Waters. That is not a very big population. It is actually not even a stable population.

“If there was a disease outbreak, those numbers could drop drastically. It is important to mention that seals only have one pup per year and only 50% survive their first year. There are a lot of threats that these seals are already facing in the wild and some of the biggest threats are climate change, pollution, habitat loss and over fishing. These are actually the exact same threats that fish stocks are facing. With or without the presence of seals, fish stocks are going to continue to decline, unless we put some measures in place to protect and restore their habitats.

“We need to be looking at this from a wider, ecosystem level. It is not just the seals that are causing the fish decline. Seals are native to these waters and they have been here for thousands of years and are essential to balancing the marine ecosystem. We would actually be making matters worse in terms of marine bio-diversity if we were to try to reduce the number of seals,” said Ms Croce.

Ms Croce said fishermen say there is an “over population of seals” in Irish waters.

She added: “Where they say they are seeing a lot of seals is off-shore islands, which is The Blaskets, Kerry and Cork. I live in Wexford, which is on the East Coast. I have lived in Courtown now for three years and I have not seen one wild seal here. So, it is really important to remember, of the entire coastline, there is only select areas of safe habitat for these seals, especially in the Blaskets, which is a Special Area of Conservation for the Grey Seal. It their last stronghold in Ireland.

“There is a lot of coastline seals are not able to inhabit. Most people do not realise seals spend about 50% of their time on land resting. They need to rest and they need safe beaches but because of disturbance, habitat loss and coastal erosion, they are actually loosing a lot of that safe habitat, which is why they have to cluster up on these islands.

“Fishermen might be looking at one area where you see a high concentration of seals, but that is essentially most of the seals that we have. Seals in Ireland almost got wiped out around 1900 due to hunting. It is believable that those numbers could drop again, if we do not manage the marine ecosystem sufficiently.

Melanie Croce said it was important to identify the common ground between conservationists and fisheries who want to have a job in the future.

She explained: “I think, if we worked together for habitat conservation and restoration, we could actually bring back fish stocks for both the seals and fishermen, so they are not having to fight over the last remaining fish.”