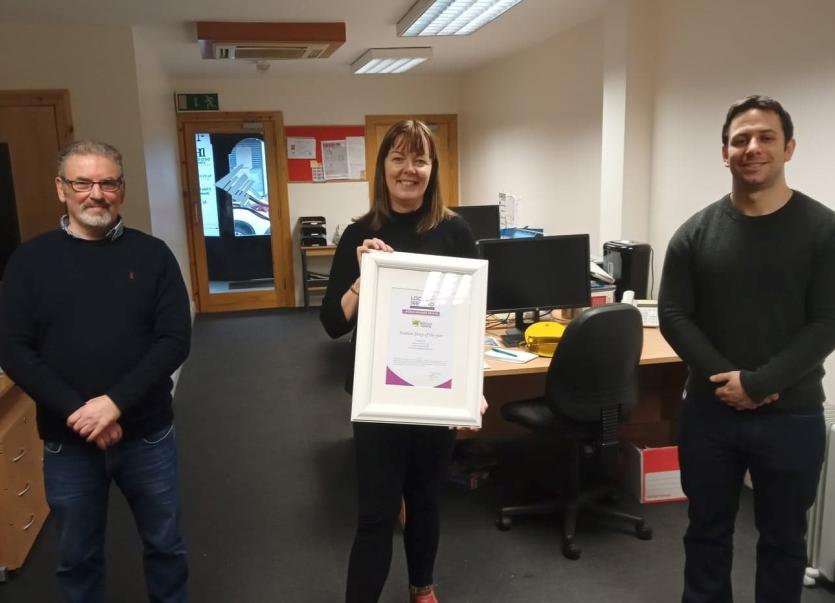 A Donegal Live journalist has been honoured at the Local Ireland Media Awards for 2019/2020.

Inish Times senior news reporter Catherine McGinty reached the final shortlist of three in the 'Feature Story of the Year' category of the prestigious annual awards, sponsored by the National Lottery, which recognises the best work of the country's print and online journalists.

Catherine was acknowledged for her four-page feature on the RNLI in Inishowen, which was published in August 2019.

At the heart of the feature was a portrayal of the dramatic story of Buncrana friends Seamus McDaid and Christian McGinley, who were rescued at sea off Dunree Head in 1992 when their speedboat crashed into rocks after its engine failed during a storm.

Seamus, who subsequently joined the RNLI and is now a long-serving member, expressed delight that Catherine's article was given the credit it deserved.

He told the Inish Times: “What started out as an article about myself evolved into an in-depth story on the RNLI itself.

“The story of mine and Christian's rescue is almost 30 years old, but it had never been told in such detail before – a lot of our guys would have been hearing it for the first time.

“Catherine really captured the essence of the story, and the whole feature was excellent. It really took off on social media, where there was a lot of interest in it.”

In addition to the nerve-wracking tale of the Dunree Head rescue, Catherine also produced a detailed article on the origins of the RNLI in Inishowen featuring an insightful interview with co-founder Liam McGee.

In their citation, the Local Ireland judges stated: “Sometimes we don't appreciate the best our community has to offer until a local journalist immerses us in it. Catherine's feature is well-written, informed and the interest transferred to social media where the story continued.”

Catherine, who has worked at the Inish Times for the last four years, was told of her achievement by the paper's editor, Rory Mooney.

She said: “I was over the moon when Rory told me. It was a wee bit of unexpected good news for the year that was in it. It was lovely.

"But I would not have received this acknowledgment without Seamus McDaid of Lough Swilly RNLI sharing his amazing story with me. I was honoured he did so and I hope I did him, and all of the volunteers involved in his rescue, justice.

"Thanks also to Liam McGee and Christian McGinley, for taking the time to chat to me. With the 39th anniversary of the Penlee Lifeboat Disaster just past, in which eight RNLI volunteers and eight sailors perished, we take pause and appreciate the tremendous bravery of all RNLI volunteers and thank this fantastic organisation for all of its good work."

Inish Times editor Rory said: “One of Catherine's standout skills as a news reporter is her ability to get to the very heart of a story and present its most human side.

“Her outstanding feature on the RNLI is a prime example of that, and I am delighted that has been recognised at these awards. It's a privilege to work with a journalist of such calibre and integrity.”