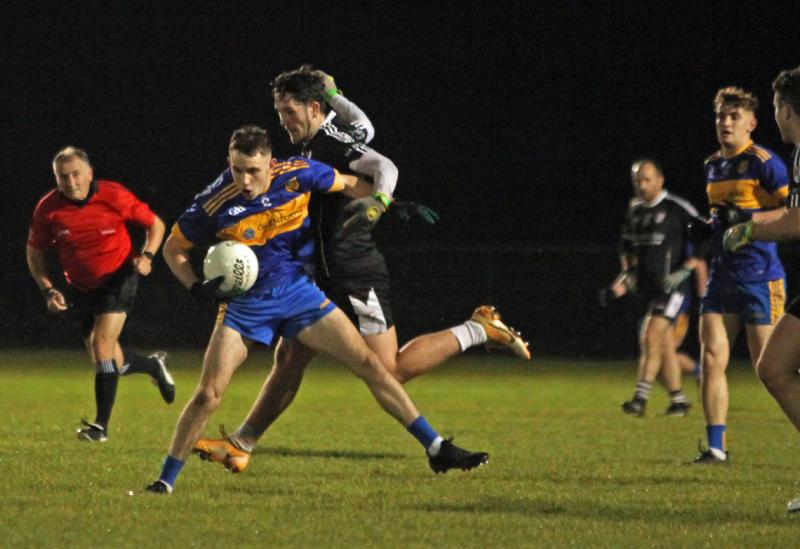 Dan McCauley admitted his Naomh Padraig panel were “devastated’ with the manner of their loss to Na Rossa in the Division 4 promotion play-off final - but nobody at the club will be throwing in the towel just yet.

Naomh Padraig had nine toes in Division 3 for 2022 when they led their opponents from Dooey by three points, 1-6 to 1-3, four minutes into injury-time in Convoy only for Johnny Bonner to stab home a goal when JP McCready lobbed a free-kick into the square.

Then, with extra-time looming at the start of the seventh minute of time added on, McCready landed a mammoth free with the last kick of the year to seal an extraordinary 2-4 to 1-6 win for Na Rossa.

“All in all, and it doesn’t feel like it right now, it’s been a good season,” the Naomh Padraig manager McCauley said afterwards, as he swept up the dressing room at the Donegal Training Centre.

“It was heartbreaking there at the end, seep into injury time to concede a goal and a point was a suckpunch for us. We felt we played well, managed it well but we’re devastated now.

“Before we conceded the goal we just thought we needed to keep the ball. I felt they did everything right and their goal came from a free, it was a muddle from a 50-50 and it ended up in the net.”

It was tough on the side from Muff, who looked to have had the legs to see off Na Rossa having been the dominant force in the second half. Caolan McColgan was excellent with three points, Shane McColgan grabbed a well-taken goal and Na Rossa were down to 14 men with Sean McGonagle having picked up two yellow cards.

However, fate would deal McCauley and his team a cruel hand, although he still feels there’s plenty to be gained from 2021 and he will not be moving on as they have already set their dream for next year.

“It’s a massive learning experience and the majority of that team are under-21 again for next year,” he said. “They’ll take from that experience and I felt had we got to extra-time we had the younger, fresher team. Our boys were still going, but it wasn’t to be and well done to Na Rossa.

“We said to you boys that it’s going to be tough now the next few weeks but we’ll have to get it out of our heads and regroup. We’ll come back next year stronger, bigger and better. The aim is to win Division 4 next year. That’s our objective. We’re not going anywhere. There’s too good of a squad here with these young lads. I’ve been with the majority of them since under-12 and I love them all to bits. We’re all definitely on board next year.”