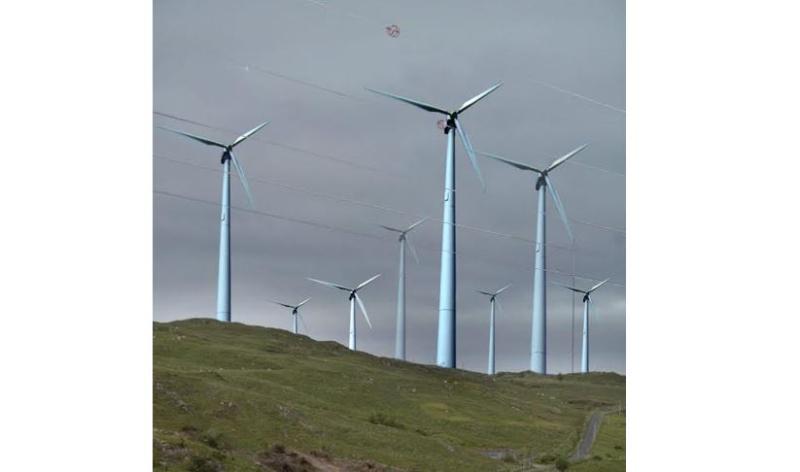 Donegal County Council has extended the date for a decision on the proposed wind farm project at Graffy outside Glenties. It was due out this week.

A company called Cuilfeach Teoranta is applying  for a ten-year planning permission for this latest development.

Locals living in this area of west Donegal say they are angry and worried over the imposition of what they see as a massive industrial complex in an entirely rural, upland and bog land area.

The site is predominantly to the rear of Achla mountain, in the shadow of the Bluestacks and the Croaghs in the heart of the Gaeltacht Láir.

Many people living here, dubbed Donegal's last great wilderness, say the proposal plus the pro-wind farm graffiti on the roads around the proposed site have left them feeling anxious and afraid to speak out about their concerns

Yellow luminous paint has been daubed on the county roads with the words 'Yes Turbines Here' and 'The More The Better' accompanied by an emoji of a smiling face that is often associated with the rave culture.

Over 30 submissions were received by the council in relation to the planning application, the vast majority of them against the development.

The council will not release their decision on whether to grant planning until September 10.