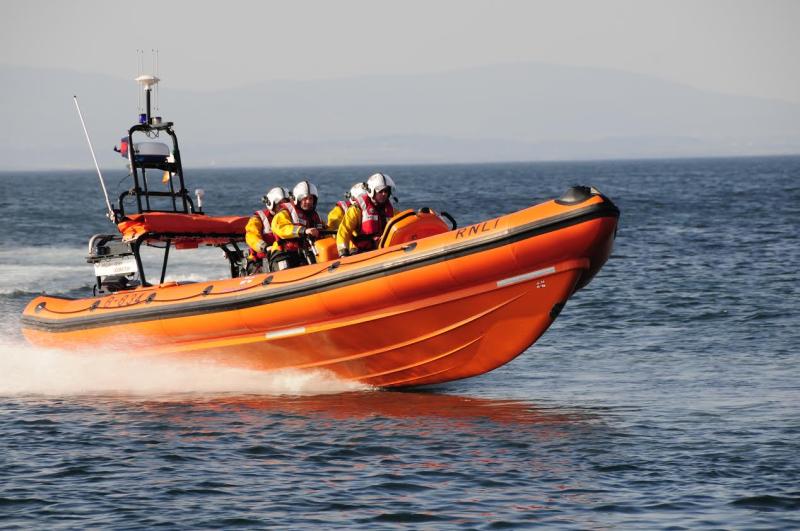 A teenager was one of a party of three family members who found themselves caught up in a notorious rip tide off Bundoran's main beach over the weekend. Two of the three made it to safety, but the teenager was swept out to sea, but thankfully rescued.

Bundoran RNLI came to the aid of the family who got caught in the rip current off the Main Beach in Bundoran on Saturday afternoon.

The volunteer crew were requested to launch their inshore lifeboat at 4.09pm following a report from the Irish Coast Guard that three people had got into difficulty in a rip current and while two had made it to safety, a third who was a teenage girl, was being taken out to sea.

The lifeboat helmed by Brian Gillespie and with three crew members onboard, launched immediately and made its way the short distance to the beach arriving on scene just six minutes after the request to launch was made. Meanwhile, a member of the public who had been visiting Bundoran grabbed a lifebuoy, jumped into the water, and made his way to the teenage girl where he held her until the lifeboat arrived.

Weather conditions were poor at the time and the crew encountered a big swell with white broken water and spray which was causing poor visibility. Another volunteer crew member Geraldine Patton, who was standing on the beach at the time, was able to point the lifeboat crew to the exact location.

Once on scene, both the girl and the man who had rescued her were taken onboard the lifeboat and assessed by the crew before being brought back to the lifeboat station and further checked by ambulance paramedics. Both were cold but otherwise safe and well.

Speaking following the call out, Captain Tony McGowan, Bundoran RNLI Lifeboat Operations Manager said: ‘This was a frightening experience for the family, and we want to wish them well following their ordeal on Saturday.

"The man who responded with the lifebuoy had safety in mind first which was crucial in keeping both the girl and him safe until our lifeboat arrived. He deserves great credit for his bravery and determination. Great credit is also due to the large number of our volunteer crew who arrived at the station so promptly as time is always of the essence in situations like these.

"Rip currents can be difficult to spot and can be notoriously dangerous. They are sometimes identified by a channel of churning, choppy water on the sea’s surface.

"Even the most experienced beachgoers and swimmers can be caught out by rips and our advice if you do get caught in a rip, is don’t try to swim against it or you will get exhausted. If you can stand, wade and don’t swim. If you can, swim parallel to the shore until free of the rip and then head for shore. Always raise your hand and shout for help. If you see someone who you think might be in trouble, don't delay, dial 999 or 112 and ask for the Coast Guard."