Funeral leaving her home on Monday (October 18) at 1.25pm for Requiem Mass in St Baithin’s Church, St Johnston at 2pm

In accordance with current restrictions (re: Coronavirus) the house and funeral will be private to family,

neighbours and close friends only please.

Her remains will arrive at Christ the King Church, Gortahork on Monday October 18  at approximately 8.30pm to repose overnight. Funeral Mass on Tuesday the 19th October 19 at 11am with burial afterwards in the adjacent cemetery. Funeral Mass can be viewed live on https//www.mcnmedia.tv/camera/gortahork-parish-church.

The unexpected death has occurred of Nan Doherty, Carrickmagrath, Ballybofey. Beloved wife of the late Johnny and much loved mother to John, Andrew and Paul, dearly loved sister of Mary and the late Kate. Deeply regretted and sadly missed by her sons, sister, daughters-in-law, grandchildren, extended family, neighbours and friends.

Funeral leaving her home on Sunday, October 17, at 12.30pm for Requiem Mass in St. Mary's Church, Sessiaghoneill, at 1pm. Interment afterwards in the adjoining Churchyard.

The Requiem Mass will be streamed live via the Parish Facebook Page at https://www.facebook.com/StMarysSessiaghoneill

Donations in lieu of flowers, if so desired, to the friends of Letterkenny University Hospital care of any family member.

In compliance with current Government and HSE restrictions, the wake, funeral and burial will be private to family and close friends only.

Predeceased by his wife Bernie. Willie will be sadly missed by his daughter Kerri, his many nieces and nephews, relatives, neighbours and friends.

Reposing at Gilmartin's Funeral home, Kinlough on Sunday from 1pm with removal at 2pm travelling to St. Anne's Church, Ballyshannon via the Moy road, Rathmor and Higginstown for Funeral Service at 3pm with Service of Interment in the adjoining graveyard.

Those wishing to offer their condolences can do so by through Patrick McKenna Funeral Directors, Ballyshannon on 087 2485819.

Gary remains will be reposing at his parents’ (Theresa and Shaun Coyle) residence, Castletown, St Johnston from 11am on Saturday.

Funeral from there on Monday morning at 10.30am going to St Baithin’s Church, St Johnston for 11am requiem mass with burial afterwards in the adjoining cemetery.

The death has taken place at her home of Rena McEleney; Tiernaleague, Carndonagh.

Funeral leaving there on Monday going to the Church of the Sacred Heart, Carndonagh for Requiem Mass at 11am with interment afterwards in the adjoining cemetery.

Family and friends only please.

Peacefully in the loving care of the staff in Mountpleasant Lodge, Nursing Home, on Thursday, October 14.

Deeply regretted by her brother Vincent, her sister Philomena, her many nieces, nephews, grandnieces, grandnephews and her La Sainte Union Community.

Reposing at Flynn's Funeral Home, The Strand, Athlone, on Monday (October 18) from 10am with removal at 10.30am to St. Mary's Church, Athlone, for Mass of the Resurrection at 11am, followed by burial afterwards in The Bower Cemetery.

House, wake and funeral are strictly private to family only please.

Funeral leaving his late residence on Sunday morning at 11.30am via the main gate at Oakfield Park, White Cross, travelling to Lakelands Crematorium, Cavan for private family cremation service. 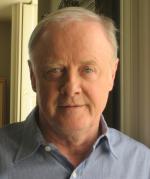