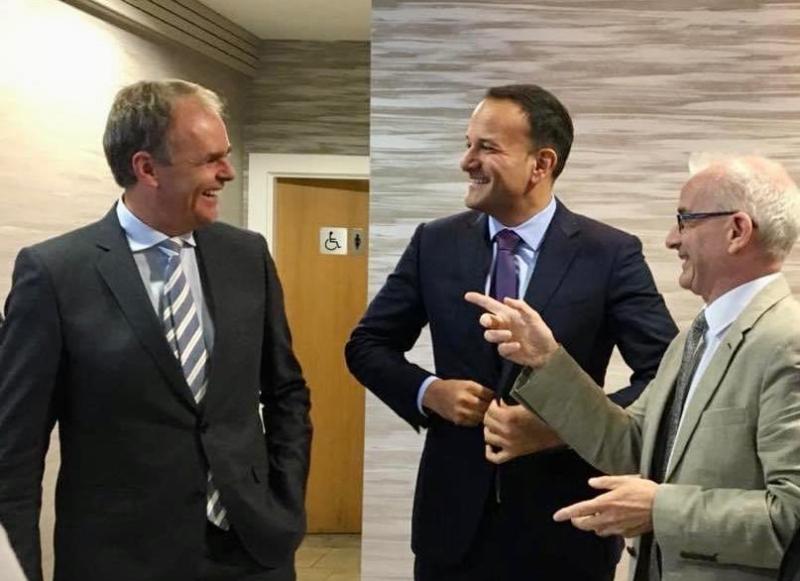 Fine Gael could be looking to double its Dáil representation in Donegal after the next general election.

Currently the party has one TD, Joe McHugh, who announced this week that he will not be contesting the next general election.

If Donegal remains a five-seater constituency, the party will be seeking to retain his seat.

But the county could yet be divided into two three-seat constituencies, if the constituency boundaries are changed, with the southernmost part around Ballyshannon and Bundoran being taken back from being part of the Sligo-Leitrim constituency.

Speaking this afternoon, party leader, Tánaiste and Minister for Enterprise, Trade and Employment, Leo Varadkar, said that it will be 2024 at the earliest before there is a general election and that will give the party time to plan in the constituency, and identify a candidate.

“We would be confident of holding a seat here in Donegal,” he stated.

Asked about the possibility of the redrawing of the Dáil constituency boundaries (which will be influenced by the results of the 2022 Census), he said: “Of course, a lot of that will depend on the Census and where the boundaries lie and whether there are one or two constituencies.

Commenting further on a two-three seater constituency, he said: “Donegal is a big county and it is a long way from Glencolmcille to Malin…it’s a huge area and very hard for any public representative to cover. Ideally, two three-seaters would be much more manageable for the TDs, and much more relatable for the constituents, but it is all down to numbers.”

He pointed out that the Dáil is going to have an increase in numbers to around 170 - depending on the Census findings - as there are roughly 30,000 people for each TD, but ultimately the Dáil constituency boundaries are decided by an independent commission.

Asked if Donegal had two three-seater constituencies, would this mean Fine Gael running four candidates, he acknowledged that this would “be a lot”.

He noted that “ultimately it is our members that select the candidates at an election.”

He also pointed out that the party “will be trying to achieve gender balance and gender parity” and the party intention is “in pretty much every constituency to run a gender balance ticket, a man and a woman.”

He continued: “There will be some exceptions. Sometimes we might run three candidates and sometimes only one, but the general principal will be to run a man and a woman in each constituency, so we are interested in talking to people who think they might like to run.” 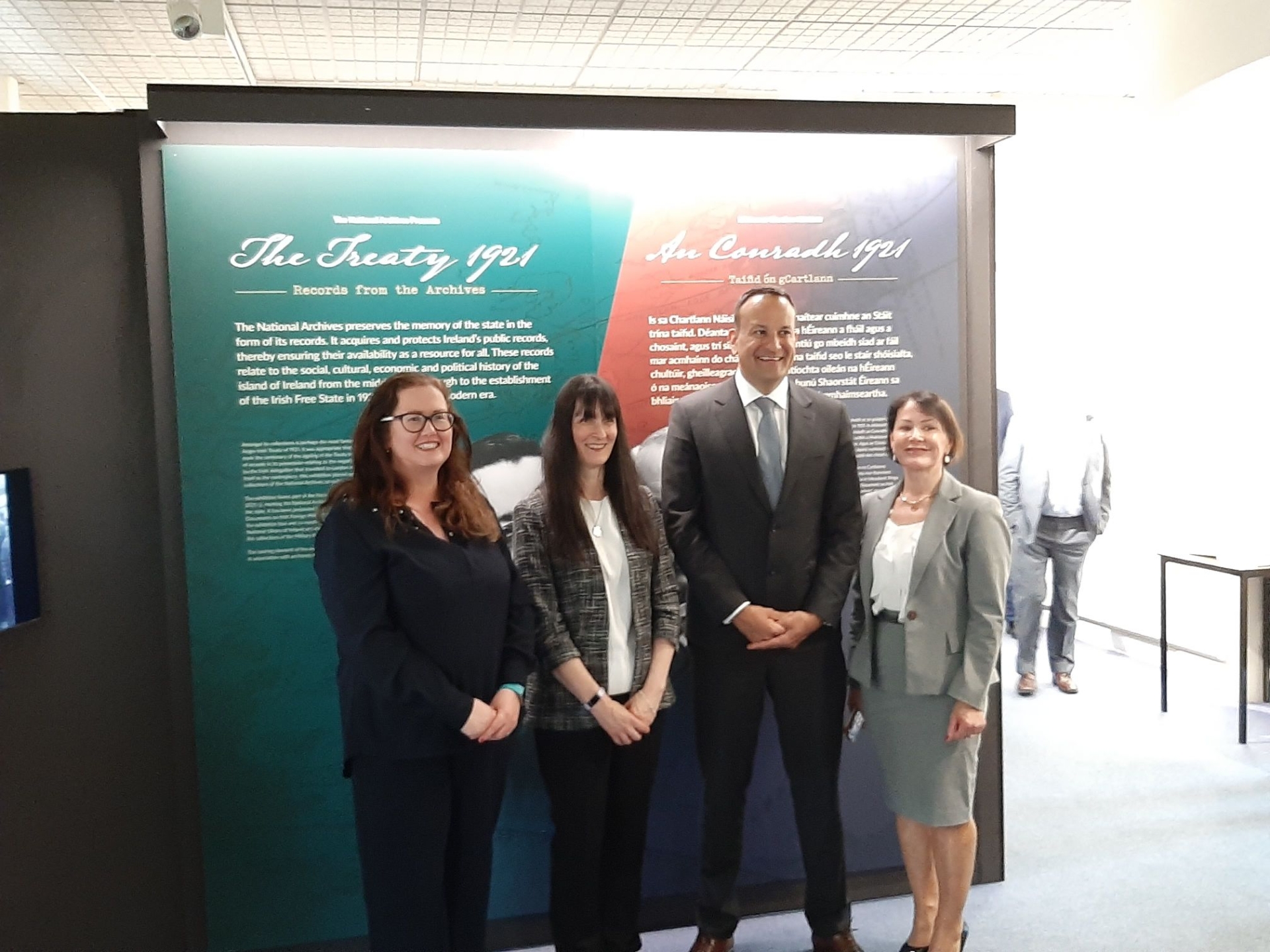 His comments came this afternoon during a visit to the Donegal County Museum in Letterkenny where he viewed the “The Treaty, 1921: Records from the Archives” exhibition which is currently on its regional tour.

Donegal had previously two-three seat constituencies, with Donegal North East and Donegal South West,from 1961 to 1977 and from 1981 to 2016.

The Tánaiste will attend the Donegal Fine Gael annual general meeting in Letterkenny this evening.