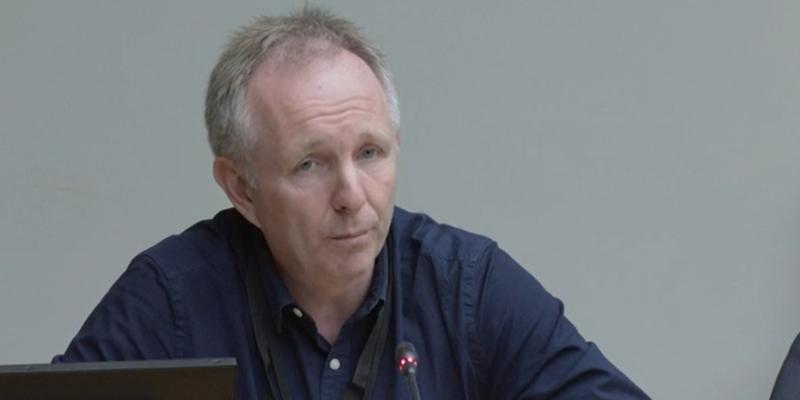 County councillors in Donegal have been called on by defective blocks campaigners to put pressure on TDs to help ensure 100% redress is delivered to affected homeowners.

Mica Action Group public relations officer Michael Doherty made the call after members of the group addressed the Oireachtas housing committee ahead of the latest defective blocks bill coming before the Seanad and the Dáil.

Campaigners hope that recommendations from the committee will be tabled in the coming days and sent to housing Minster Darragh O'Brien. The Government hopes to enact the Defective Concrete Blocks Bill in the coming weeks.

Mr Doherty said local councillors and TDs have a major role to play in ensuring a satisfactory Bill is delivered.

"All of the TDs who said they are going to support us, where are they in the end? The councillors need to really get off their backsides here and put pressure like never before on their TDs; and the TDs in turn put that pressure, like never before, on their party leaders to make sure that the right thing is done this time - not another bite at it in six months time or 12 months time. If that is the case we will be looking to do that with another Government. Not this one - this is their last chance to get it right."

He said the appearance before the committee, which was held last Thursday as an alternative to pre-legislative scrutiny, was “a good day” for the campaign.

“The reality was we got our day in court and we had a good day. People began to see what we have been putting up with for a long time.”

He said the group got its chance to "shout from inside the Oireachtas".

The hearing showed that the rebuilding rates from the Society of Chartered Surveyors Ireland are “not 100 % redress” because of exclusions imposed by the Department of Housing.

He said homeowners now have better relationships in the Oireachtas due to the hearing.

"That is really good and these people are people that are going to have votes in this stuff at the end.

"It is important that we keep the Government's feet to the fire now until we get this over the line - whatever way it goes."