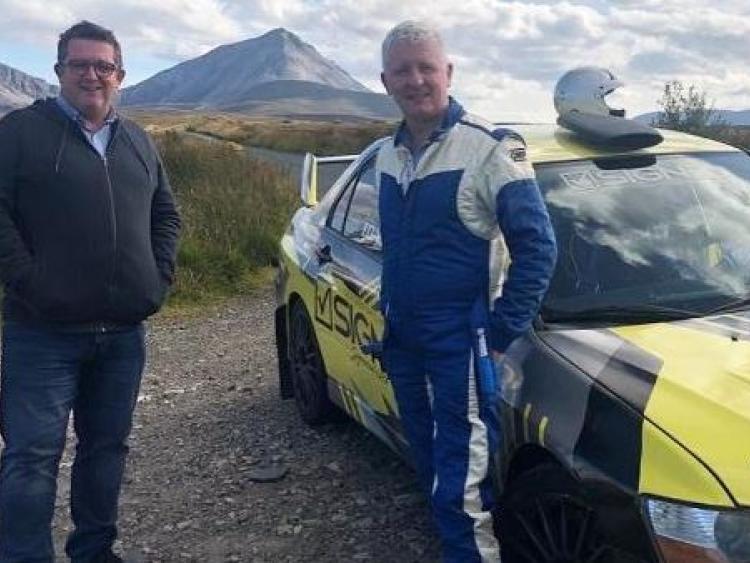 Presenter John Toal is back on the road again for the second series of Croí Uladh le John Toal which starts this evening Monday, April 12 at 10pm.

In tonight's series, John takes to the back roads of Donegal - meeting the team behind Donegal Rally, stalwart Gavin Kelly and his team. John tests his skill as a co-driver and his nerve in the passenger seat as Gavin test-runs his car in the isolated splendour of Cashelnagor.

Dropping several gears John subsequently heads east to County Down to find out more about an unusual stone carving in Greyabbey, Seán na Gig. Unsure about the wisdom of handing over his DNA to a company to find out more about his ancestry, John meets scientist Stephen Carson in Queen’s University to get his opinion.

The West Belfast Coolers Running Club in Belfast is all about encouragement and fun. John meets the cheerful and inspirational club members who persuade him to give it a go. John gets further advice and encouragement from Olympian, Mary Peters. John meets the impressive team at The Assisi Animal Sanctuary who care for and re-home rescued animals. He meets some of the new happy owners and some very special rescue dogs, including a wee dog with a big heart, Henry Wee Wheels who has become a local celebrity in his custom-made wheelchair.

John takes a trip down memory lane as he travels back to Arranmore, where he learnt Irish as a teenager. John is treated to a musical performance from the Arranmore Pipe Band on the beach and meets some familiar faces.

From a music lesson on the harp to fishing and singing for his supper, upcycling jewellery and re-creating the magic of Elvis, John goes to the heart of Ulster in the new series of Croí Uladh le John Toal.