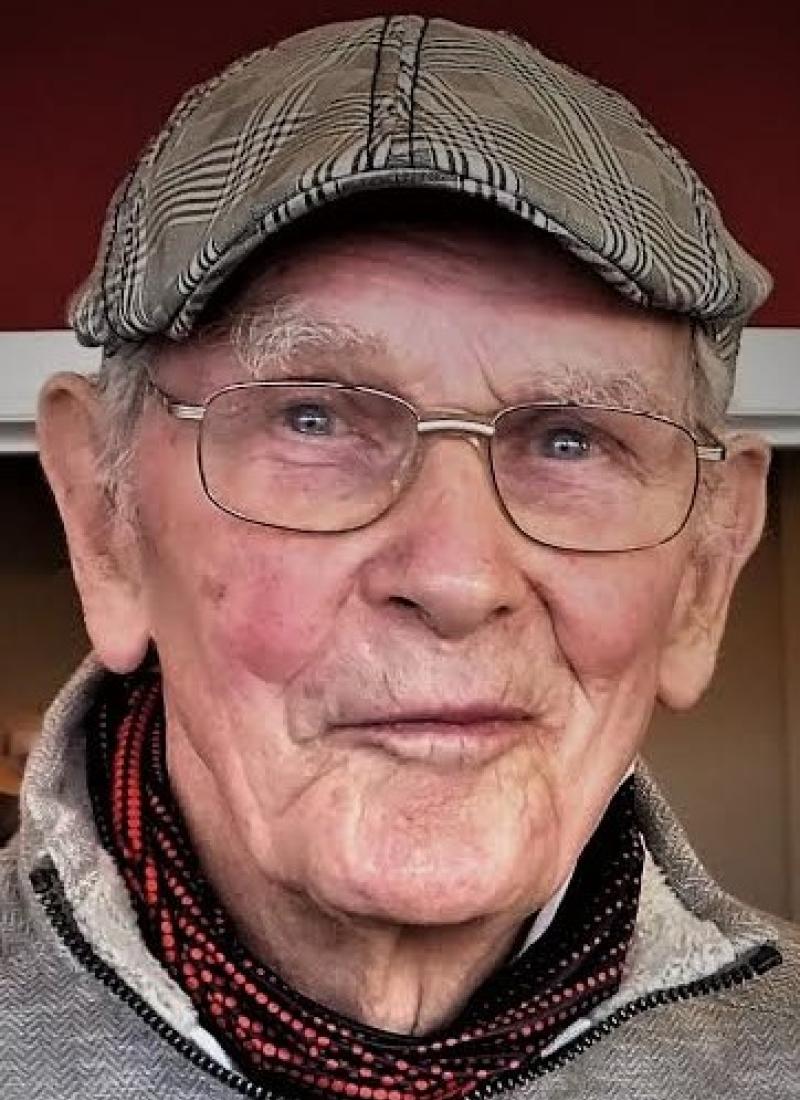 The former hotelier and versatile footballer,  along with his wife, Caitlín [Johnny Beag née McGee] successfully  managed the Derrybeg Hotel , better known as ‘Teach Mhicí’  for many years.

One of a family of six children, he was a son of the late Micí the Cope Gallagher and Sarah Bhilly  Gallagher.  His father, Micí was born on Inis Caorach Island and  he went to work in Barney McGill shop in Arranmore when he was eleven years.

He moved to Gaoth Dobhair when he secured a job in the former Co-Op Store in Meenacladdy and after some time he was appointed manager of  the former Glassagh Co-Op.

He met Sarah Bhilly Gallagher  and after their marriage they changed the landscape of Barr an Lane when they developed first as a general grocer and provision merchant.  In 1948 in order  to cater for the developing tourist business, they built  the Derrybeg Hotel.  In 1975 the original store was replaced by a modern supermarket across the road known as ‘Sár Mhargadh Mhicí’.

In his younger days  Willie spent some years working in Scotland and England. He also spent some time in San Francisco. He was a multi talented individual and could turn his hand at any task.

In the later part of his life he crafted stunning miniature wooden ships fitted with sails. One of the ships was one of the offertory gifts brought to the altar during his funeral mass. He was also an experienced welder.

He was a man who very much enjoyed nature and he loved animals and had many animals down through the years including a fox. He was a man of strong and abiding faith and he made twenty five pilgrimages to Lough Derg.

A man who deplored gossip, he never said a bad word about anyone. His son, Colm lives in San Francisco and sadly due to the current travelling restrictions, he was unable to return home for the funeral.

A strong and an accomplished footballer Willie Mhicí played with distinction for his native parish of Gaoth Dobhair for many years. A man with superior stamina, he was known for his speed and scoring goals. Gaoth Dobhair has produced many fine footballers down through the years and certainly Willie deservedly ranks amongst them.

He won a member of  the  Gaoth Dobhair team  who won the county championship in 1944, ’45, ’46, ’47 and again in ‘49.  While working in London and San Francisco he was a member of the team in both cities.  His two brothers, Michael James and the late Hugh [Tood]Gallagher  were also talented players and  they often played alongside him.

His remains  reposed in the Derrybeg Hotel on Saturday and Sunday.  His concelebrated Requiem Mass was celebrated in St Mary’s Church, Derrybeg at 11am on Monday. The celebrant of the mass was an Dr Ró Oirmh. Pádraig Ó Baoighill, SP, Gaoth Dobhair and concelebrants were, his  former neighbour,  Fr Seán Ó Gallchóir, PP, Gortahork  and Fr. Brian Ó Fearraigh, CC, and Séiplineach Phobal Scoil Ghaoth Dobhair. The soloist was Emma Ní Fhíoruisce, who also played the guitar while Megan Nic Fhionngháile played the violin.

At the end of the mass, Willie’s daughter, Sarah Cassidy read a beautiful poem titled, ‘Oileán mo Ghrá’ which she composed especially for her beloved dad.  Emma Ní Fhíoruisce sang a stunning rendition of ‘Céad Slán leis an Oileán’ as the remains were leaving the church. The flags at the football pitch flew at half mast.