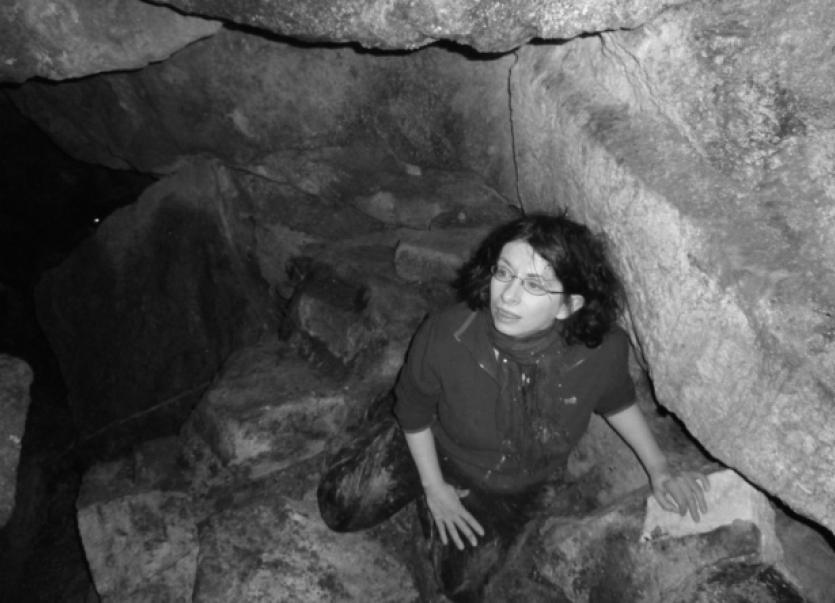 Best known for her discovery of a patella bear bone with human cuttings on it, which suggests that people occupied the island of Ireland nearly 2,500 years prior to what had been what had been previously thought, she offers an intriguing insight into the connection between Irish caves and ritual burial in the Ireland of the Bronze Age.

Donegal students have also been involved in many of the archaeology courses that IT Sligo run, including its groundbreaking degree in Applied archaeology and included on their staff is another popular Donegal archaeologist, Dr Fiona Beglane, who is a expert in the area of animal bones as well as being involved in the Disert archaeology dig, which took place at the foothills of the Bluestack mountains in 2019.

The two-part epic documentary this evening that took four years to make, takes a look at one of Ireland’s most unique landscapes and digs deep into its past.  Episode two explores the underground caverns that populate the Burren and that help us to travel back in time.

Dr Marion Dowd, who is an IT Sligo Faculty of Science archaeologist specialising in Irish cave archaeology will appear on this Sunday’s episode and has also published an article to accompany the launch of the documentary for RTE Brainstorm. She will be speaking about the rituals that took place in caves thousands of years ago.

According to Dr Dowd caves have been used for thousands of years in Ireland and hundreds are scattered around the country;

“Almost 1,000 caves were scattered throughout Ireland, located in limestone landscapes such as the Burren in Clare, the Dungarvan Valley in Waterford, and the Cúil Irra peninsula in Sligo. For as long as people have lived in Ireland they have used caves. In prehistoric times, caves were associated primarily with ritual activities, burial, religious practices and the dead. Something unusual began to happen about 2,500 years ago in a period known as the Late Bronze Age. For the first time, prehistoric people began venturing into the deepest and darkest parts of caves.”

Dr Dowd said the fascination with caves of these Late Bronze Age people is unknown but they took extreme risks to explore and use caves for important ritual purposes;

“Many of these journeys were relatively dangerous, particularly at a time when subterranean excursions were lit only by simple wooden torches. At some sites, reaching the deepest parts of a cave took quite some time and involved crawling through low chambers, squeezing through narrow passages, and leaving the world outside for several hours. It is possible that some of these journeys into darkness took several days. The gods or ancestors or supernatural beings that Bronze Age people may have associated with caves are not known to us. We can tell part of the story, but much of it is lost to the darkness.”

The documentary was made by award winning director Katrina Costello of Sea Fever Productions and is narrated by actor Brendan Gleeson.

Dr Marion Dowd MIAI, Prehistoric Cave Archaeologist at IT Sligo can be seen in The Burren: Heart of Stone on RTE One this Sunday at 6.30pm.