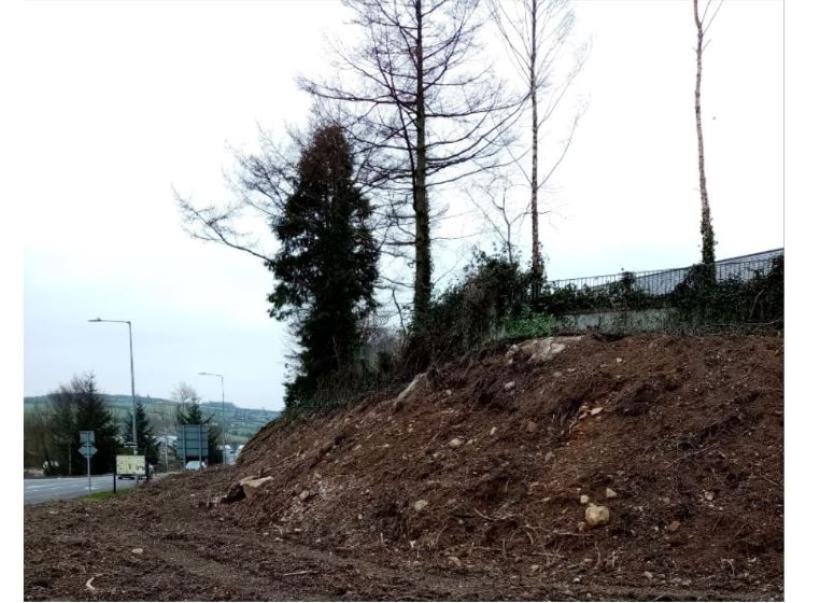 Concerns have been raised regarding the removal of a rich wildlife habitat adjacent to Ballyraine National School in Letterkenny.

The extensive removal of trees and shrubs was discussed at a recent meeting of the school’s board of management.

The removal was organised by the roads division of Donegal County Council.

However, the school authorities say they were not consulted or given prior notice of plans and only became aware of the proposed works when a firm of tree surgeons arrived and began to cut down the shrub layer and a substantial number of trees on the embankment adjacent to the school.

The board of management is still awaiting clarification from the council regarding the removal of this local habitat.

School principal, David Oliver, expressed his disappointment at the removal of the trees and shrubs by the council and the lack of communication from the council’s roads division.

“It is really disappointing to see this wildlife habitat being removed. Our school has close links with Letterkenny Tidy Towns and The Green Schools Programme for over 20 years,” he said.

“We teach children the importance of planting trees and caring for our local environment. We understand the need to remove some trees and shrubs to progress the road development but the scale of the work was really shocking.

“Due to the lack of prior notice, some of our pupils with special needs became very distressed when they heard the chainsaws at work outside their classroom windows.

“The school planted over 500 native trees along the school boundary in 2002 Many of the shrubs had been planted by the late Mrs May McClintock and a local scout group. These trees not only created a diverse wildlife habitat but also provided a much needed sound barrier at the school from passing traffic on Ramelton Road.”

There is a construction project onsite at Ballyraine NS and he added the school authorities want to make the public aware that the removal of the trees was not in any way associated with the building works at the school.

As the board of management awaits clarification, Mayor of Letterkenny, Cllr Donal Coyle has requested clarification from the council and put forward a motion to the next meeting of the Letterkenny-Milford Municipal District requesting that native trees and shrubs will be planted when the road works are complete.

“Trees and nature have provided us with much needed respite during the pandemic.

“The council must make every effort to replace the trees for future generations in our locality,” said Mr Oliver.