So you thought you knew all about Bundoran? 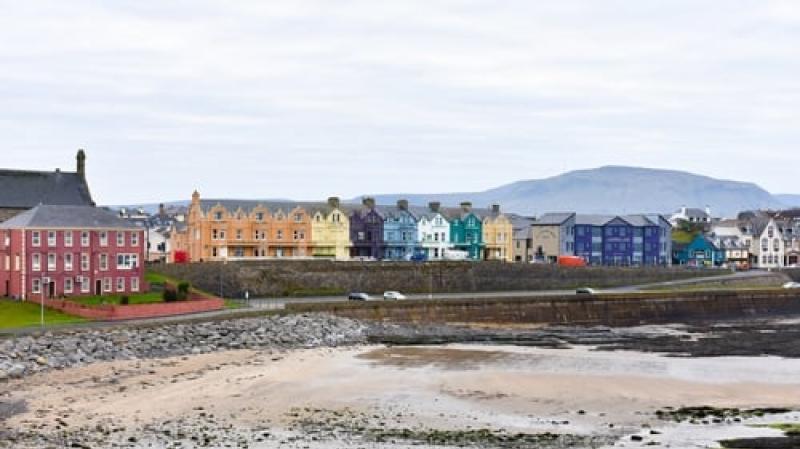 Bundoran, a historic town which much to offer today too

A free historical walking tour of Bundoran takes place today and every Saturday at 12 noon from Bundoran Tourist Office.

Bundoran or as it is known in Irish Bun Dobhrain which means the foot of the little water was actually up until over a century ago two separate villages.

This one hour tour is suitable for all ages and abilities and gives an overview of the fascinating history of the town from music to military, tourism and more.

The area of Drumcacrin is now part of what is today’s town centre. It was only after the opening of the railway station in 1866 which was called Bundoran that the two distinct communities developed and merged to what we know nowadays to be Bundoran.

Single Street was where the majority of the local native population lived. Across the bridge in what is now the West End, was the area of residence favoured by the more affluent classes.

The first official mention of Bundoran was in 1777 when Viscount Enniskillen built Bundoran Lodge, his summer residence. This building still exists to this day and is now known as Homefield House. The Viscount seems to have started a trend amongst his contemporaries as more and more of them discovered Bundoran and visited it to enjoy the seaside location and the associated health benefits. Indeed such was its popularity that Bundoran became known as the Brighton of Ireland.

With the advances in travel, in particular the railway, Bundoran’s popularity spread across the class barriers. With the opening of the railway link to Belfast and onto Dublin more and more people from the east coast of Ireland discovered the appeal of Bundoran and returned year after year.

Bundoran as a destination remained popular throughout the 20th century and its appeal has been further enhanced by developments in recent years of the Waterworld Complex and building of new hotels, self-catering apartments and houses.

Following this period of renaissance the town now boasts the largest accommodation base in the north west of Ireland and a host of activities, entertainment and attractions for all the family all year round.

It is also world renowned for its wealth of surfing breaks – both beach and reef and now hosts five I.S.A. approved Surfing schools with all inclusive packages.

No matter what time of the year the Bundoran of today will exceed your expectations and when Covid passes you will be able to once again enjoy its music festivals, surfing, equestrian, walking, biking, seaweed baths, Waterworld, leisure centres, angling – or if you just simply want to relax, you will find all the time in the world to do it !

There you go, a lot more going on than you realised. Find out more on this great tour.

No booking is necessary.