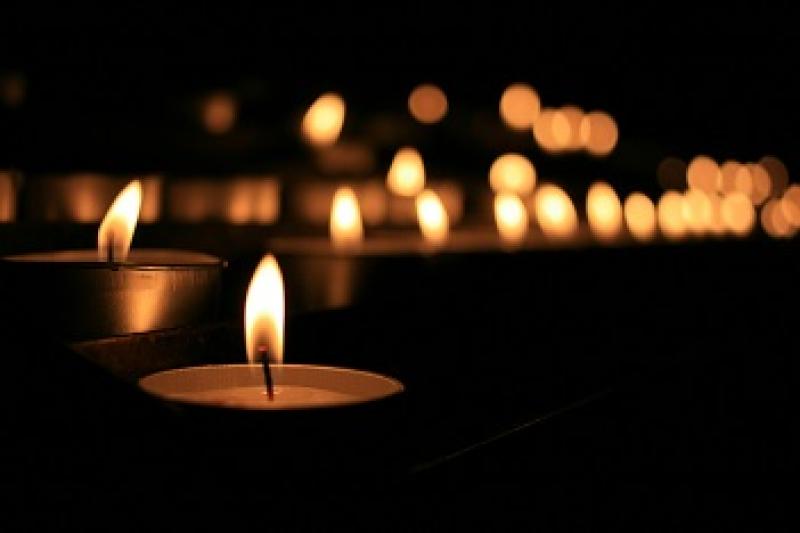 The funeral has taken place of Andy Gallagher

The death occurred on Holy Thursday of Andy Gallagher of Stranacorkra, Derrybeg. Born on January 30, 1929 he was the only child of Billy Aráis Gallagher and Kitt Phádraig.
Like so many young men of the area at the time he spent many years as a seasonal worker on farms in the northern part of Scotland.
He would return home during the spring to sow crops in his small holding and to hand-cut turf to keep his homestead warm during the winter months.
In 1970 he secured employment in the former carpet manufacturing plant, G.T. Carpets on the Screabán in Derrybeg.
He worked in the inspection area of the factory and he spent ten happy years until the company ceased operating.
Afterwards he continued to cultivate his small holding while at the same time providing care to his aged parents at home.
His father was aged 90 years when he passed while his mum was aged 93 years when she died.
After their deaths he took to travelling and each year he would travel with either McGinley Coaches in Magheraroarty of Doherty’s of Dungloe.

Australia
He travelled to places as far afield as Australia, Canada, Fatima, Lourdes, Rome and Medjugorje. He also spent time in Paris and touring the surrounding areas.
He travelled the Highlands of Scotland and visited many of the areas where he worked many moons before.
Gifted with a retentive memory, he could relate to many of the great characters in the area that have long since passed to their eternal reward.
Sadly all of this is lost forever. A widely read person, he was a great conversationalist and he liked people calling to his cottage for the craic and speak of times past.
A very neat individual, he was also a diligent worker and each year up until his mid eighties he would sow a patch of potatoes.
He had keen interest in sports especially football. He was a lifetime supporter of the CLG Ghaoth Dobhair. During the 1940’s when Gaoth Dobhair and Dungloe were playing in the Fr. McGettigan Cup, he walked all the way to Dungloe to see the game.
Two years ago on the occasion of his 90th birthday his relatives and friends organised a surprise party for him at his home. During the course of the evening he was over the moon when the former Gaoth Dobhair player James Gallagher walked in with the three cups the team had won that season.
He was also an ardent Glasgow Celtic supporter and followed all their teams on television. Andy Bhilly Aráis was very faithful to his roots and despite his advanced age he never lost a wake.
He had a great knowledge of family trees and he will be sorely missed. Always well dressed, he was a man of strong and abiding faith which was handed down to him by his parents.
His remains were transferred to St. Mary’s Church, Derrybeg on Good Friday. The remains were received into the church by An Dr. Ró Oirmh. Pádraig O Baoighill, P.P., who also recited the rosary for the repose of his soul.
His funeral took place to Magheragallon cemetery on Holy Saturday after service at 11am which was performed by an Dr. Ó Baoighill, P.P., assisted by Fr. Brian Ó Fearraigh, C.C., and Séiplíneach Phobal Scoil Ghaoth Dobhair. The sympathy of the community is extended to his cousins, relatives and friends.