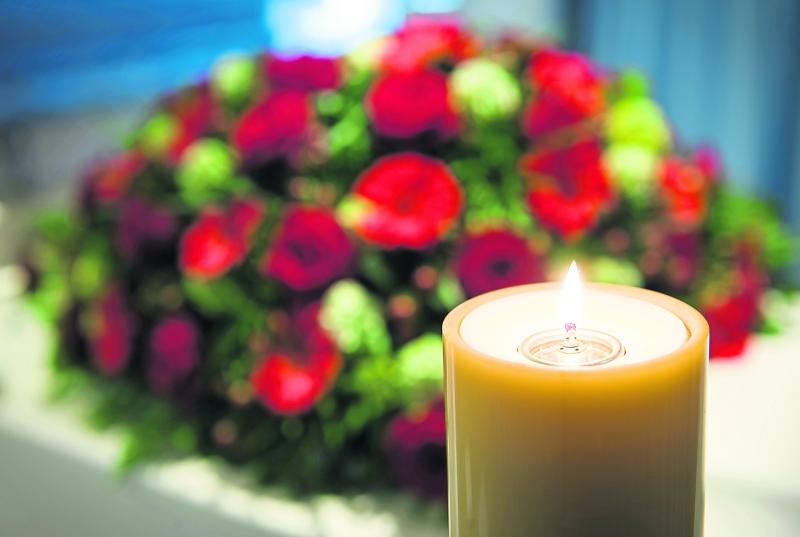 Mary McCole (née Flynn) passed away to her eternal reward last weekend.
Mary Flynn was born in Waterville, Co. Kerry 90 years ago and was a daughter of the late Patrick and Mary Flynn.
Mary was aged 18 years when the family moved to live in England. It was there she met her future husband, Dominic McCole, who hailed from Loch Achair, Crolly.
After a few years the couple moved to live in Loch Achair. She forged great friendships with her neighbours and for a few years she operated a small grocery shop in Meencorwick, Crolly.
A great cyclist she would often cycle from her Loch Achair home to the town of Dungloe. She was an excellent housekeeper and had a great passion for cooking and baking. She often baked cakes and scones and kindly gave them to her neighbours and friends.
She had a keen interest in gardening and house plants and she spent many happy hours during the summer caring for her wide array of shrubs and flowers.
Mary was a loving mother to her daughters and son and a devoted grandmother. She was a staunch Fianna Fáil supporter throughout her life and she would canvass for the party’s candidates during the election.
Above all Mary lived a good life and was a woman of strong faith. She had a great devotion to St. Martin throughout her entire life.
She spent a number of years living in Derrybeg and during that time she was a member of the Perpetual Adoration at St. Mary’s Church.
She was a keen supporter of the Kerry GAA team. She was a great conversationalist and had many friends in the area.
Her remains reposed at McGlynn’s Funeral Home, Dungloe on Saturday and Sunday. Requiem Mass was celebrated in St. Patrick’s Church, Meenaweal on Monday. The main celebrant was an Dr. Ró-Oirmh. Pádraig Ó Baoighill, P.P., Gaoth Dobhair and he was assisted by Fr. Brian Ó Fearraigh, C.C., and Séiplíneach Phobal Scoil Ghaoth Dobair.
The soloist was Paula Diver Gillespie and she was accompanied on guitar by Pat Duffy.
Mary was laid to rest afterwards in Magheragallon cemetery in a plot alongside her husband, Dominick.
She is survived by her daughters, Máire and Bríd and their partners, son, Séamus, grandchildren, brother, Pat and family in England, family circle, relatives and friends to all of whom sincere sympathy is extended.