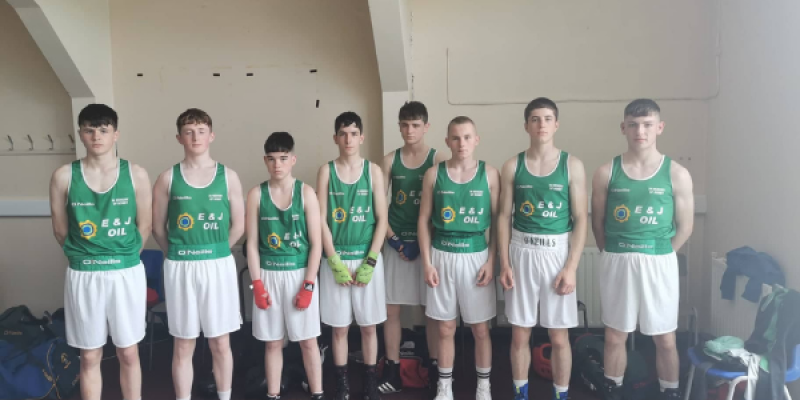 The boxers from Donegal clubs who competed in Belfast

Donegal boxers helped a Donegal-Derry Select to victory over County Antrim on Saturday.

The visiting Donegal-Derry team came away from the Corpus Christi Club in west Belfast with a slender win, taking nine bouts to the hosts’ eight.

Doherty was awarded the win in a Boy 5 57kgs contest when his opponent, Shane Quinn, was disqualified in the third round for persistent holding.

Feeney was an impressive winner. The Raphoe ace, in a senior bout, KO’d Terry Hanna from Townland in the third round of their clash.

Meanwhile, the 9 Counties Championships for boys and girls aged 14, 15, 16 and 17, begin this week. The weigh-in for Donegal boxers takes place on Tuesday, May 10, at Letterkenny Boxing Club with the draw to be made on Wednesday, May 11.

Boxing gets underway on May 14 and 15 with the finals pencilled in for May 21 and the action takes place also at the Corpus Christi Club.