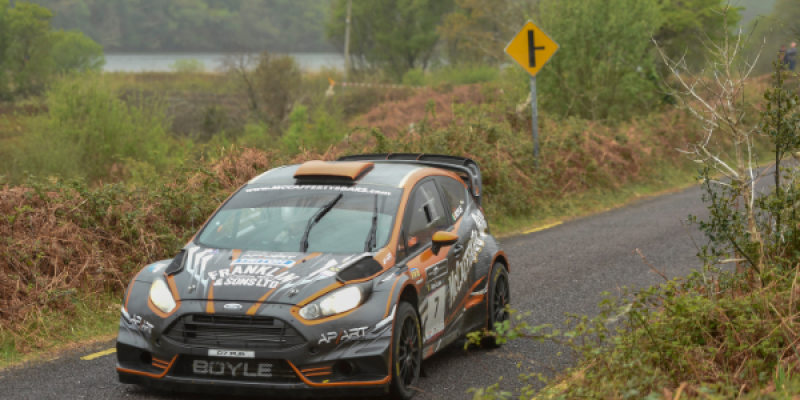 Declan Boyle will look to get back into contention in the Triton Showers-backed Motorsport Ireland National Rally Championship this weekend.

Boyle and his co-driver James O’Reilly take to the Sheehy Motor Group Carlow Rally on Sunday as the fifth seeds in their Ford Fiesta.

Boyle, a former triple national champion, missed the opening round and was second in Birr but problems in Monaghan meant he missed out on the major points. To stay in the hunt, the Glenties man will be aiming for a top finish.

Eves and Melly second in Killarney

Some Donegal crews had good runs at the Rally of the Lakes, including Joseph Kelly, who is now second in his class in the overall Tarmac Championship standings

Sunday sees the return of the rally after a lapse of six years and there is a capacity entry of 150 crews. The rally will consist of two stages repeated three times.

Kevin Gallagher ina. Darrian T90 GTR is among those looking for a good run in the two-wheel drive category.

Pettigo’s Kevin Eves in a Toyota Corolla Twin Cam, the ‘Milkman’ Declan Gallagher in the trusted Starlet, the Mk II Escorts of Jonathan Pringle, JF Shovelin, Kyle McGettigan and Brian Brogan are among the other Donegal crews in the mix.