There were several Donegal competitors inside the top 15 at the Galway Summer Stages Rally on Sunday. 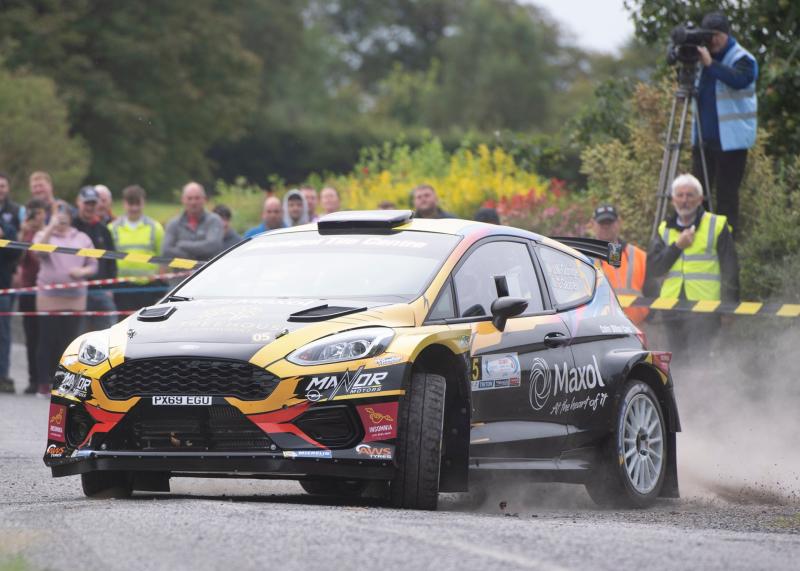 The Kilmacrennan man was calling the notes for Robert Barrable in the Ford Fiesta R5 MK2.

Barrable was behind Andrew Purcell in second and the rally was won by Gareth Machale and Brian Murphy in their VW Polo.

Their victory bridged a twelve year gap since their last victory (Cork ‘20’ International Rally in 2010) during which time MacHale took a sabbatical from the sport.

At the end of the nine stage Athenry based event they finished 15.2 seconds ahead of the Skoda Fabia R5 of the Waterford/Wexford duo of Purcell and Andy Hayes.

Muff man Joe McGonigle, with Falcarragh’s Ciaran Geaney on the notes, were eighth overall while the Dungloe crew of Patrick McHugh and Pauric O’Donnell were 10th in their MK2 Escort.

Downings’ Martin McGee (12th) and Inver’s Johnny Jordan (14th) were inside the top 15 while Convoy’s Dean O’Sullivan was on the pace notes in the Evo 8 driving by 13th-placed Michael Carbin.

Conal Hegarty and Declan Boyle won class 11R in their Toyota Corolla Twincam and Seán Brogan took a win in Class 11f in the Civic Ek4.

Newtown’s Stephen Gallagher, with Mayo woman Sara McFadden as navigator, took the spoils in Class 1 while the all-Donegal crew of Mickey Joe Browne and Oisin Joyce in the Honda EG6 were second in the junior category.