Chambers, who is coached by three-time Olympian Chloe Magee, claimed his latest superb victory in England on Saturday 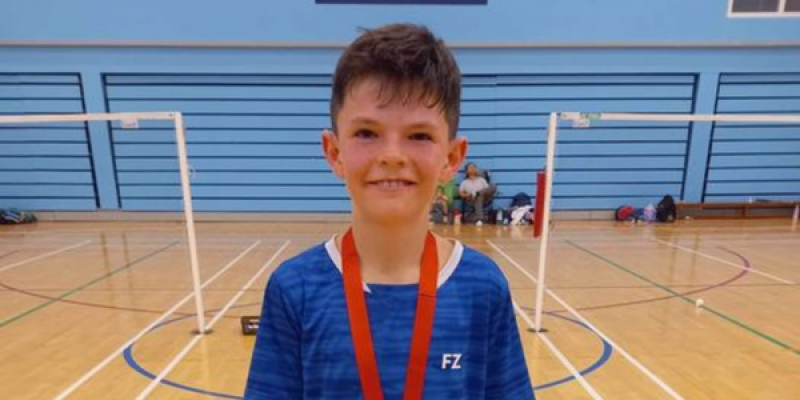 Chambers won gold in the boys singles at the Under-13 English Gold Tournament in Huddersfield.

Drawn in Group C, Chambers began with a 21-16 21-9 win over Awhile Luke Gibi from Berkshire.

In game two, Chambers defeated Anirudh Sanil of Lancashire 21-10 21-9 to advance as the group winner.

Chambers is one of 14 young players operating in a high-performance-like unit at Raphoe Badminton Club under the tutelage of three-time Olympian Chloe Magee.

“I just love the training, preparing for tournaments and improving all the time,” Chambers told Donegal Live on a recent visit to the club.

“It’s brilliant training with Chloe. You couldn’t ask for much better. It’s really enjoyable training the way we do in Raphoe.

“The older people at Raphoe are bringing me on.”

Chambers was a bronze medalist with an Irish team at the Swedish Youth Games in Malmö last year having won two silvers at the Leinster Under-13 Open.

He said: “I’m playing since I was like three years of age and it was a great experience playing for Ireland. The players are brilliant.

“I want to get on the Irish team now and keep going like that.”