Squads announced for Schools' Interprovincials which are being held next weekend 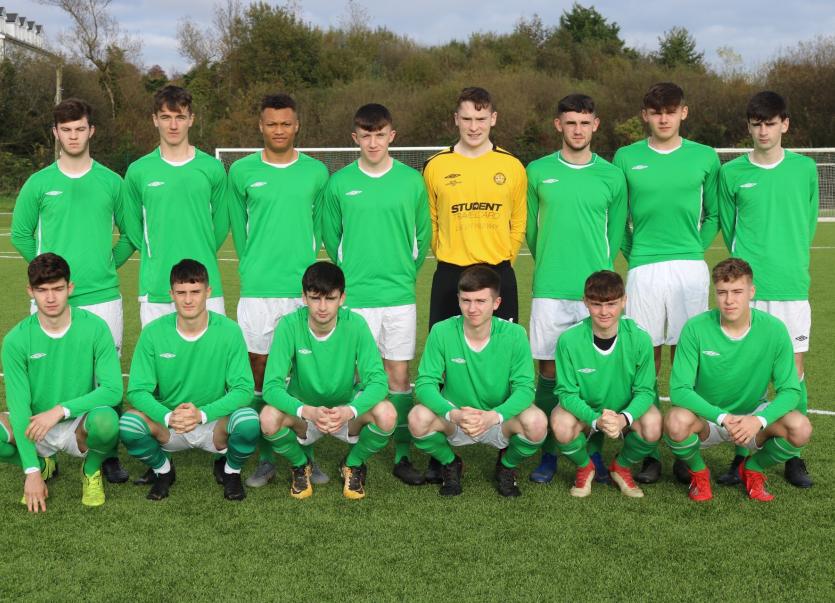 This Friday (November 8) will see sixty four of the top players in Irish schools line out for the FAI Schools Under 18 Boys’ Interprovincial Tournament which will take place in the AUL Complex, Clonshaugh.

The Interprovincial series will be the first step in the process of selecting the FAI Schools International 18 man squad which will compete in the Centenary Shield competition. The Republic of Ireland’s 2019/20 campaign will kick off with an exciting International friendly when Australia visit Dublin on January 20. This will be excellent preparation for William O’Connor’s International select. Their Centenary Shield campaign will see the squad host Scotland in their opening fixture on March 19 in the Captial. Following this, the scholars will travel across the water to entertain England on April 3. The next outing is away to Wales on April 16 before hosting Northern Ireland on April 23 in their final outing in Maginn Park.

With this in mind, all eyes will be on the Interprovincial series to scout for the best talent on display within our network of post primary schools. The three day event will see a series of six matches played with Provinces awarded two points for a win and one point for a draw. The format leaves for an exciting finale in the Sunday morning outings.

St. Joseph’s College tutor Alan Murphy guided his Connacht crew to Interprovincial success last season as they came from a goal behind to defeat Ulster 2-1 in the final game of the tournament. The province hadn’t won the series since 2013 so it was a welcome development for all their hard work.

Ulster narrowly missed out on silverware in 2018 and 2017, so they will look to avenge these periods with going one better in 2019. Paul Browne’s charges are strengthened by the return of five players namely, Jamie Doherty, Patrick Ferry (Pobalscoil Ghaoth Dobhair), Stephen and Conor Black (Loreto Community School, Milford) and Schools International Seán McEvoy (Virginia College, Cavan). These players will all look to feature heavily over the weekend’s action.

Leinster have a phenomenal record in this tournament but are missing out on four key players due to their involvement with Colin O’Brien’s squad at the weekend. These include Oisin Hand (Naas CBS), Sinclair Armstrong (Moyle Park College, Clondalkin), Josh Keely and Ben McCormack. The new look Leinster side will feature all debutants at this level but they’re not to be underestimated given the calibre of the sixteen selected.

We look forward to a competitive outing on Friday evening with the four teams in action as Connacht line out against Ulster at 4pm while Munster will entertain Leinster at 5.30pm.

In keeping with the long-standing tradition of maintaining the interest in the competition until the final matches on Sunday, the draw for Saturday’s and Sunday’s matches will be made following the games on Friday evening.

Following the tournament on Sunday evening, a training squad will be selected by the Irish Schools’ management team with their first session scheduled for Saturday, November 23 in Abbotstown. The final squad will be announced after Christmas for the first test against Australia.

3.00pm Draw will be made on Friday evening

4.30pm Draw will be made on Friday evening