Ollie Horgan's side pick up a point and now share top spot with St. Pat's and Sligo Rovers while Derry City are bottom

Finn Harps took the lead against Drogheda United at Head in the Game Park but ultimately had to settle for a draw in what was their third outing of the new SSE Airtricity League Premier Division campaign.

So Harps retain their unbeaten record and are now joined at the top of the table by St. Patrick’s Athletic who beat Bohemians 1-0 at Dalymount Park, and Sligo Rovers, who overcame Longford Town last night. All three are on seven points from three games.

Waterford beat Derry City 2-1 at the Brandywell, a result that leaves the Candystripes bottom.

After a scrappy start, in-form striker Adam Foley (below) - who had been doubtful before the game - once again looked lively for Harps, who fielded an unchanged line-up from the side that beat Dundalk the previous week. 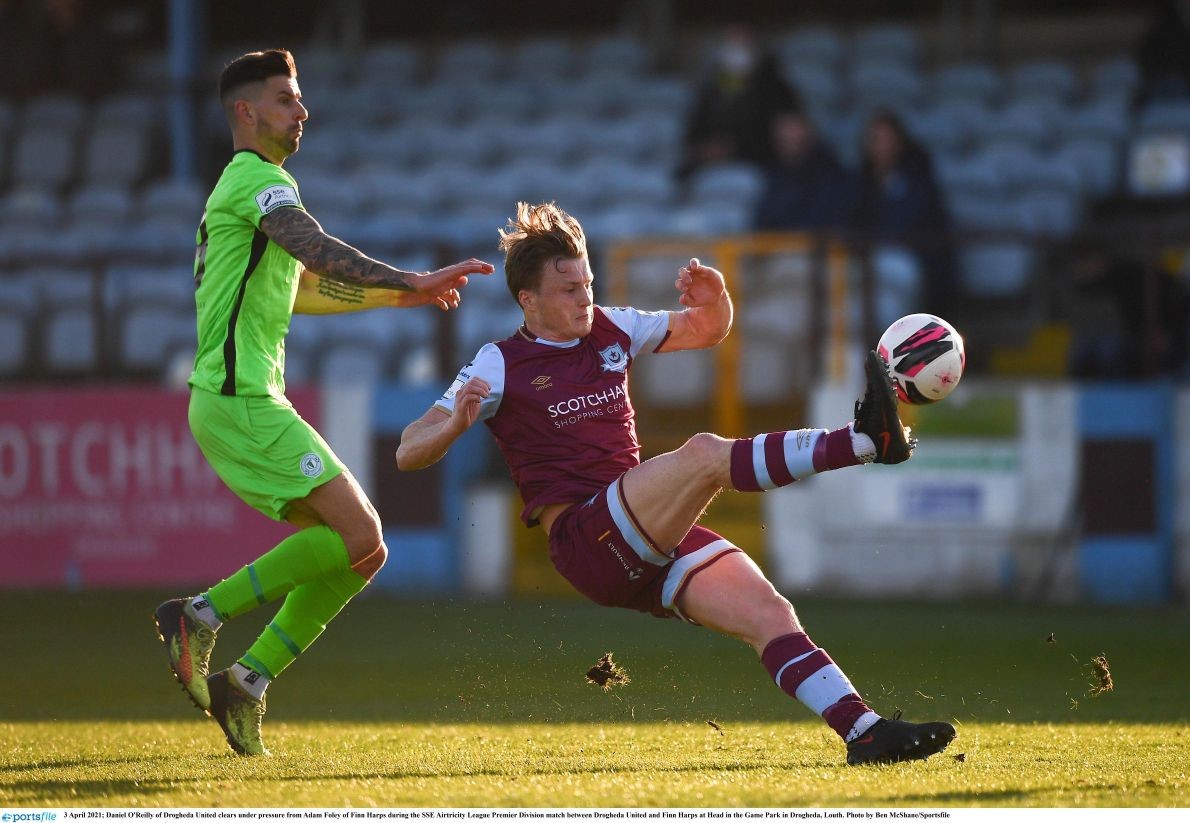 Harps started the second half positively and Mark Russell had a long range effort that nearly caught out David Odumosu.

Doyle and Dinny Corcoran had opportunities for the home side before Harps took the lead on 56 minutes.

A long throw-in from Dave Webster was headed away but only as far as Karl O’Sullivan who let fly with a cracking drive from nearly 30 yards that flew into the net.

But the lead was short lived as the Louth side equalised six minutes later. In a fine move, Ronan Murray and James Brown linked up to find Doyle who tapped home to make it 1-1.

Both sides had chances then to win it, and Harps brought on Ryan Shanley and Sean Boyd in the final ten minutes for O’Sullivan and Foley.

In the 83rd minute Harps had a big penalty shout after Kosovar Sadiki went down in the box but it fell on deaf ears. 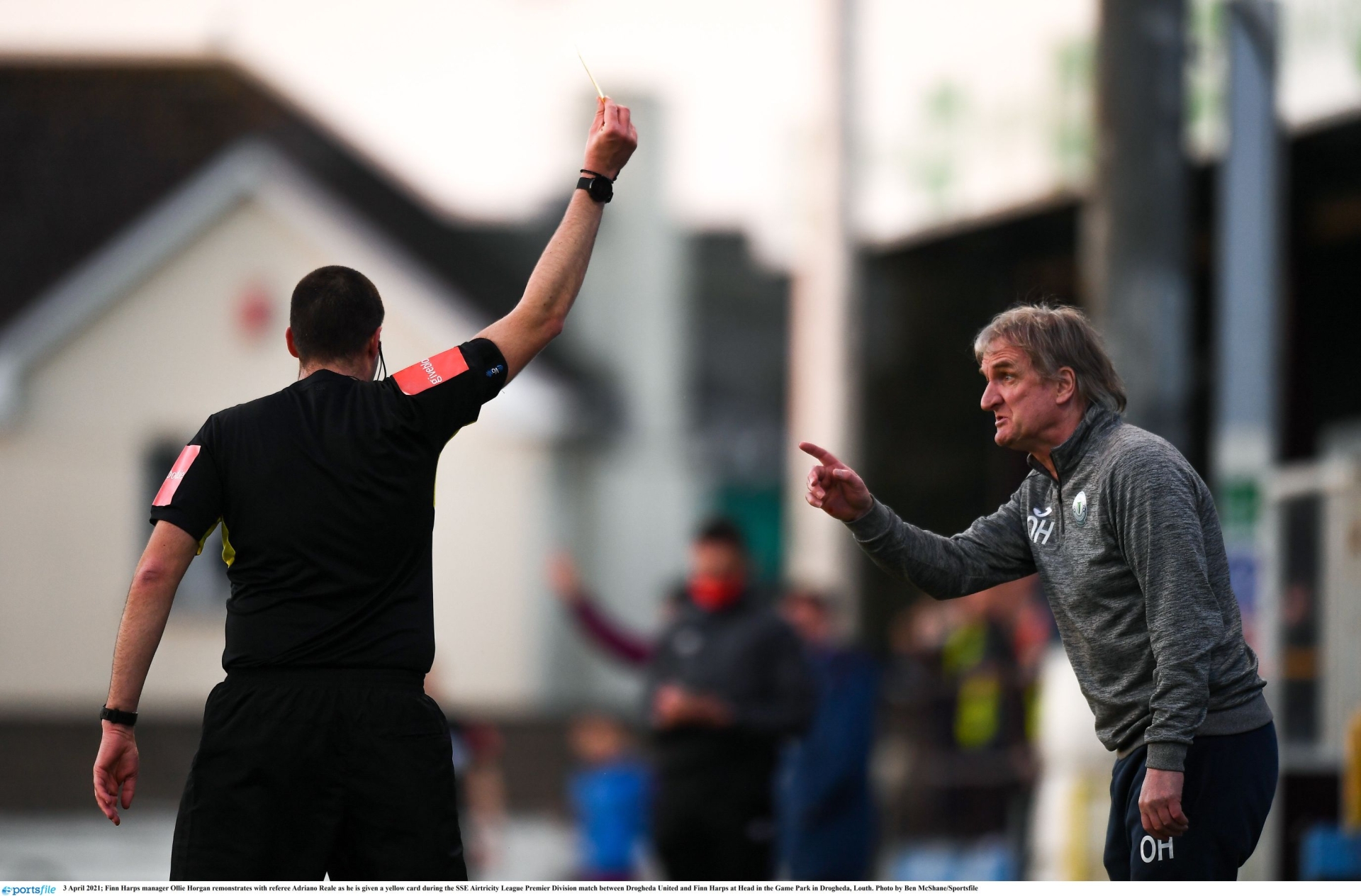 Prior to the game, Harps boss Ollie Horgan said he would take a point from this game with open  arms - and that is exactly what the got.

Next up for Harps is a home game against Waterford FC.