Finn Harps Mega Car Draw sees one of the cars being won by the Sligo Rovers Chief Executive! 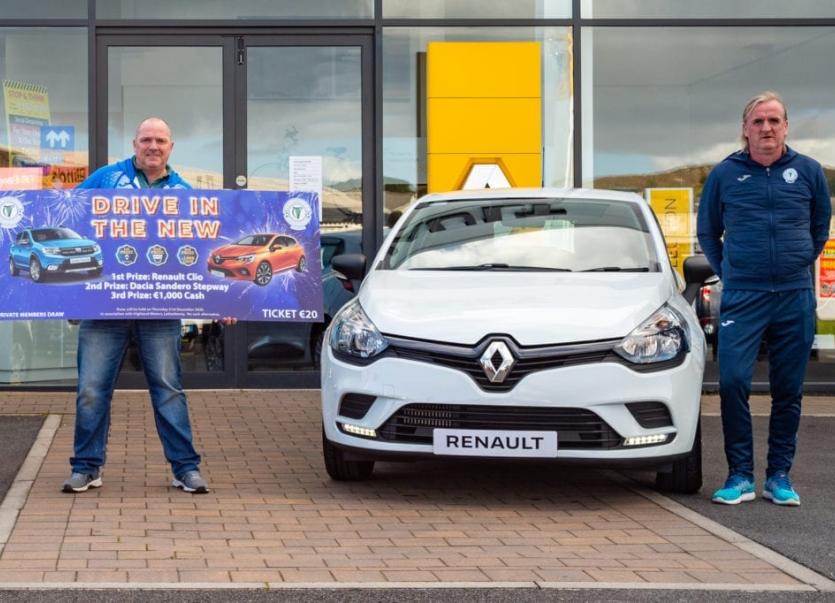 The draw was made live on social media from Highland Motors in Letterkenny.

The first prize of a Renault Cleo went to a ticket drawn in the name of Anna Carr, Carndonagh.

The second prize of a Dacia Sandero Stepway went to Colin Feehily - who is Chief Executive Officer of Sligo Rovers!

The third prize of €1,000 cash went to Damien McKay, a keen local soccer fan who is well connected with Bonagee United.

Finn Harps teamed up with Highland Motors for this Mega Car Draw offering a first prize of a Renault Clio, second prize of a Dacia Sandero Stepway, and third prize of €1000 in cash.

A club spokesman said: "The money raised will go towards developing new training facilities for senior and underage football in Stranorlar near the site of the new stadium.

"The club spends a lot each year renting training facilities and a lot of volunteer time on making these arrangements so this will ease the financial and administrative burden."

The draw was made in Highland Motors with Charlie Collins as MC, and a number of Harps players, manager Ollie Horgan, and officers were in attendance.

The draw can be seen here: HERE