Covid guidelines and the 'new normal' in youth soccer 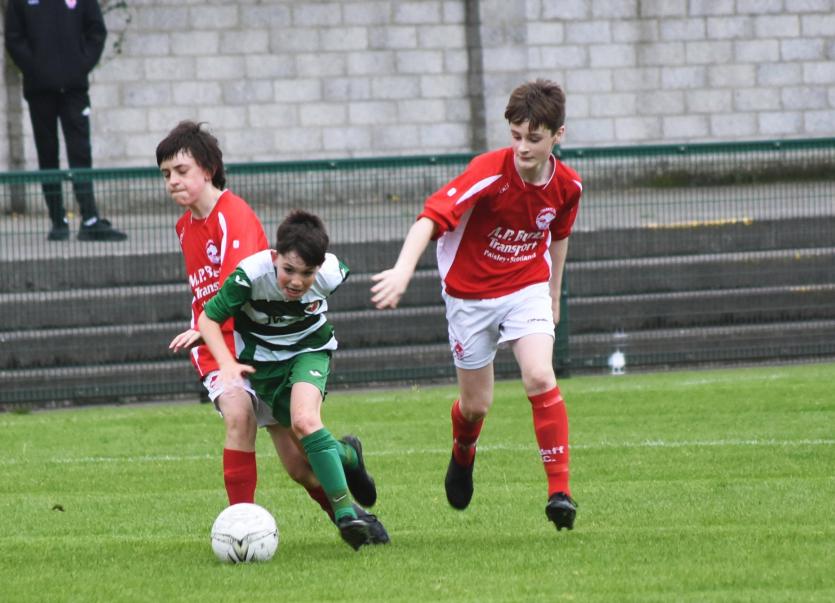 Inishowen Youth & Schoolboys League fixtures secretary Stephen O'Donnell has been hard at work over the last few weeks as the resumption of underage training for the peninsula's soccer clubs looms.

On Monday, youngsters under 18 will be allowed back to training, though with a number of covid-related restrictions in place. O'Donnell has been attending FAI webinairs that advise on how coaches can navigate their way through what the Aileach club man describes as 'the new normality'.

Clubs are permitted to hold training sessions in 'pods' containing a maximum of 15 people, and a strict two-metre radius surrounding each player has been stipulated.

He told Donegal Live: "We'll be passing on information to coaches so they have an idea of what things need to be done.
"The training will be socially distanced, so for now at least there will be no small-sided games, or tackling, things like that.
"Obviously we'd like to see a time in the not too distant future when we can return to full contact training, but getting the youngsters back out is a good start for now."

And things will have to be done somewhat differently off the pitch as well as on. Living with covid has impacted profoundly on the everyday lives of people the length and breadth of the country, and that goes the same for organised sport.

Said O'Donnell: "At the minute there are a load of things that coaches need to take into consideration that never would have been a factor pre-covid.

"Covid adherence supervisors need to be assigned for each training group. The players can't use the changing rooms, or train indoors.
"Even things like the FAI encouraging each player to bring their own hand sanitiser to training, designated toilets needing to be cleaned after each session, and all balls and equipment needing to be wiped down as well.

"That means there will be a lot more onus placed on the coaches. Because of the world we are currently living in, it isn't just a case of picking up a bag of footballs and heading to the pitch."

Though there was a lift in restrictions in June 2020, the IYSL made the decision not to hold any competitive fixtures last summer in case another lockdown was brought in.
This year, says O'Donnell, they hope to see competitive matches resumed. They are currently awaiting a further announcement, hopefully in the next few weeks, that will give the green light for youngsters to start playing matches again.
"In my mind we'll know more after May 5th," he said. "Hopefully at that point we'll have an idea of when we can come back to having a league.

"Like the GAA in Inishowen, we're decided to restructure our age groups, so instead of U12,14 and 16, it will be U11, 13 and 15.
"This will allow the players who would have been in the last year of their age category last summer the chance to have another year in their groups, and it will also help coaches have a quicker idea of what players they have available for each of the age groups.

"It's tough on the boys who would have been 17 last year. That would have been their last chance at playing underage football, and unfortunately because of the circumstances they never got to play any matches."

This summer, however, O'Donnell is cautiously optimistic that a competitive programme of some description can go ahead.
"If and when we get the go-ahead to play matches, I would say it will be a shorter season than normal, no doubt about it.
"In my mind the earliest we could start would be late May or early June, and so if we were to get the season finished by the end of August it would have to be on a slightly lesser scale than what we normally would have had.

"If we were to go past August, we would run into problems. Games can't be played in the evening, and with the adult season likely to be up and running by then, it would put a lot of pressure on pitches and referees.
"So there's a lot of factors that need to be taken into consideration because of covid, but there does seem to be some light at the end of the tunnel.

"So while there's a lot of guidelines that need to be followed at the minute, this is an ever-changing situation.
Hopefully this will be the road back to normality - whatever that new normal will be."