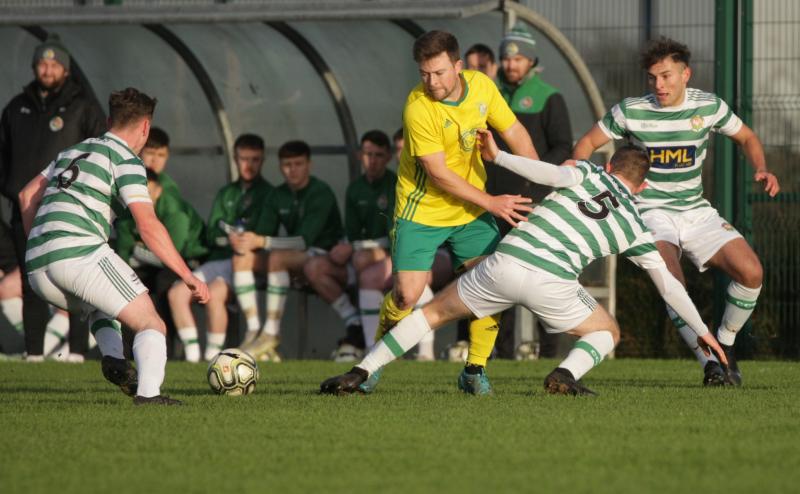 Jason Gibson insists there will be further battles to come in the war to win the Ulster Senior League.

“It’s just a battle and the war is coming,” Gibson told Donegal Live.

“It’s not too often you turn Cockhill over like that. It’s only three points and we move on.

“There’s a long way to go. If Cockhill win their games in hand, they’ll go ahead of us so it’s up to them now to go and win them.

“They’ll be looking to win those games. I expect a battle. We still have to play them twice. We won a battle today, but the war is far from won.”

Gibson said: “I thought we have played better. I wasn’t happy with us to be quite honest, but we got some of the breaks.

“It was a matter of managing the game. I was much happier with how we did that in the second half.

“They still asked questions and they go fairly direct to Garbhan. The lads done well at the back. We were glad to get the third goal to seal the game. It was nice to get that one.”

The return to fitness of Packie Mailey has been a major boost for Bonagee. The former Finn Harps captain gives a real presence to Bonagee’s defence.

Gibson said: “Packie didn’t start the season with us, but he’s huge. His presence, physicality., the set pieces, but more so his talking and organising. He’s a big, big player. We struggled a bit without him.”