Shelbourne’s Duff pays tribute to the ‘brilliant’ welcome from Bonagee 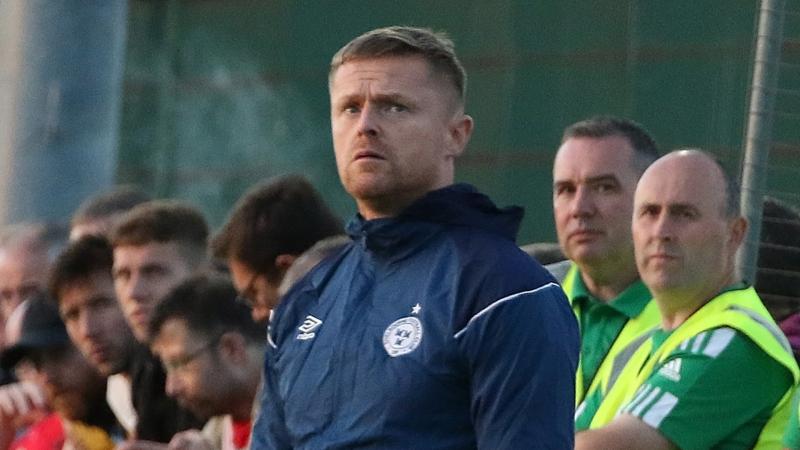 Damien Duff was complimentary of the welcome and treatment his Shelbourne side received at Dry Arch Park for the EXTRA.ie FAI Cup second round tie.

Shelbourne ran out 4-0 winners in the end against Jason Gibson’s side with the former Republic of Ireland winger of the opinion that Josh Giurgi’s opener in first half injury time was the key moment.

“‘Job done’ is probably the right way to phrase it, get the result and let’s get back down the road and recover before the game at Tolka Park on Monday night against Derry,” Duff said. “The first goal was all-important and especially the timing of it. Their manager’s team talk probably changed, mine certainly did, so that was the big goal that won the game.

“The timing of it was key, as was staying calm and not getting sucked into a game of basketball or anything like that. We created a lot of chances and we could’ve been a bit cleaner and more decisive in the final third. We deserved the win and we’ll see now who we get in the next round.

Harkin looks at the bigger picture after 'great occasion' against Shelbourne

“It means you just have to keep the ball and you can suck them out a bit more. Our guys are professional and these guys are amateurs and they can’t be as fit as us. It’s not physically possible and that showed as the game opened out and we got more chances and more goals in the second half. All credit to Bonagee. They’ve been brilliant and they’ve welcomed us really well.”

Duff did express his disappointment at the fact that Shelbourne’s skipper for the night, Shane Farrell, was forced off through an early injury on just 19 minutes.

“I was disappointed with a few of the tackles, though,” Duff added. “ I know there’s going to be an edge to the game of course. We’re really low on bodies and we’ll see on Shane. It should’ve been a great night for him as it’s the first time he captained the club and it means the world to him. He gave the signal and that was it. But look, it’s an important win.”