Finn Harps rooted to the bottom after heavy defeat in Tallaght

A 5-1 defeat at Premier Division leaders Shamrock Rovers means Finn Harps are one point behind UCD with seven games to play.

Finn Harps remain at the foot of the Premier Division table after a heavy defeat against Shamrock Rovers on Sunday evening at Tallaght Stadium.

Neil Farrugia was on the double as Rovers moved four points clear of Derry City at the summit.

Jordan international Jaime Siaj scored his first Harps goal 12 minutes into the second half, but with Rovers 4-0 up at the time it proved only a footnote.

UCD leapfrogged over Harps with a shock 3-2 win over Dundalk on Friday and Ollie Horgan’s men trail the Students by a point with seven games to play.

Horgan returned Rob Slevin, Ryan Rainey and Ryan Connolly to his XI on Sunday, but Rovers hit the front after only eight minutes. 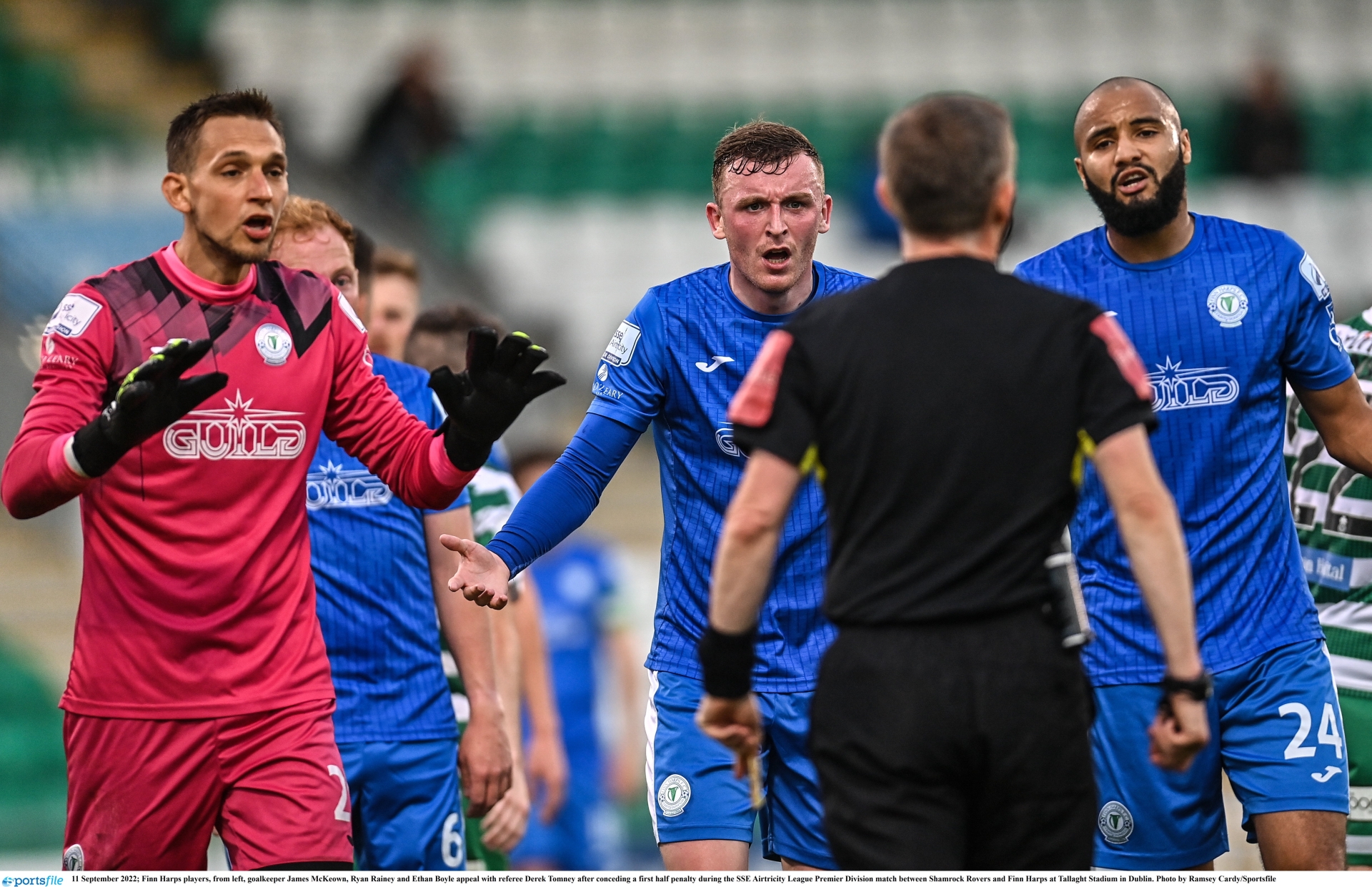 Rovers doubled the lead on 35 minutes. When Ryan Rainey was deemed to have fouled Aaron Greene, referee Derek Tomney pointed to the spot and Rory Gaffney beat McKeown with the penalty.

Horgan and Harps fumed at the decision and the angered reaction seemed justified.

However, they were four down at the interval.

Andy Lyons brilliantly made it 3-0 just four minutes after the penalty. Farrugia made the break down the right and Gaffney slalomed his way across the Harps penalty area before offloading to Lyons, who fired first time to the top corner with his right instep.

Lyons netted twice in a 4-0 win for Rovers at Finn Park earlier in the season and the scoreline was similar by half-time with Farrugia superbly converting. Gaffney was again involved and Jack Byrne’s delicious through ball was fired to the net by Farrugia.

McKeown had saved from a Lyons flick as he connected with a Byrne corner while Byrne was denied by a brave Élie N’Zeyi block. 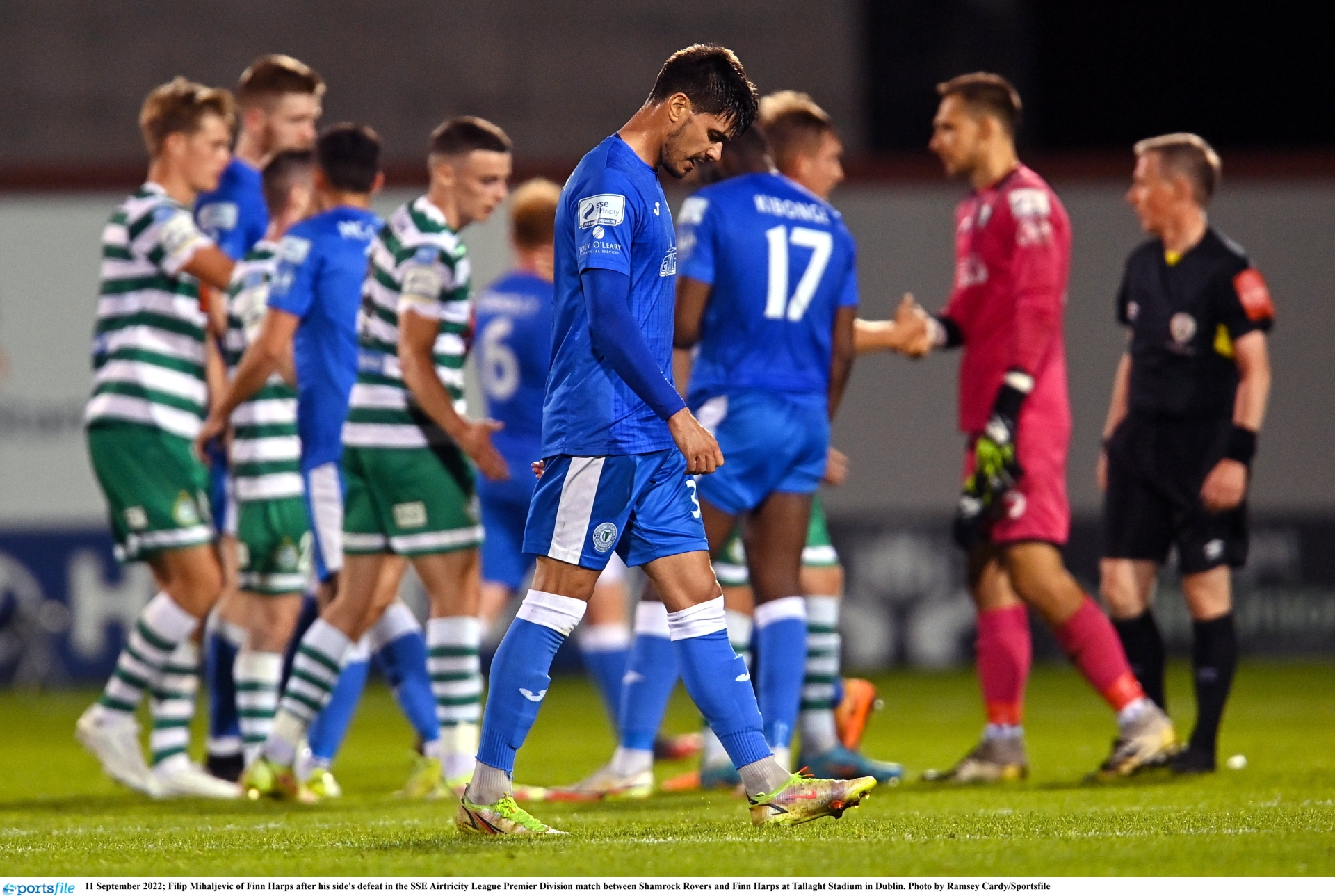 Byrne sliced wide in a half dominated by Stephen Bradley’s men, fresh from a 0-0 draw with Djurgårdens in the Europa Conference League on Thursday.

Filip Mihaljević warmed the palm of Alan Mannus early on and Eric McWoods saw another shot blocked away, but Harps, not surprisingly, struggled to get any joy in the final third.

Twelve minutes into the second half, McWoods provided the assist and Siaj, making only his second appearance for Harps, powered home.

An acrobatic shot from Siaj  cannoned off the Rovers bar soon after but in the 62nd minute Rovers were four ahead again as Byrne tapped in a rebound when McKeown saved from Aidomo Emakhu.