Pivotal Ballyshannon thoroughfare stuck between ‘Rock’ and a hard place 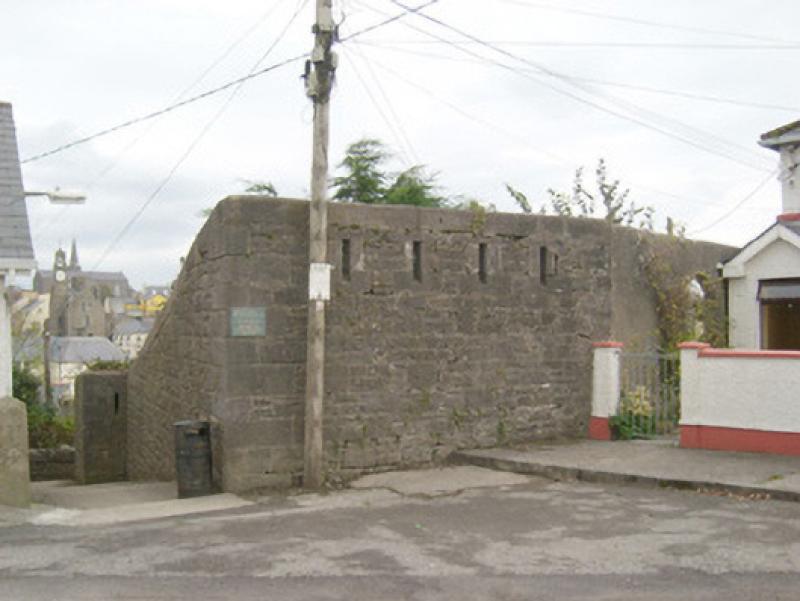 The plummeting standard of a pedestrian thoroughfare which had been known for generations of Ballyshannon people as well as legions of county GAA football fans, came in for some sharp criticism at the July monthly meeting of the Municipal District (MD) of Donegal.

It followed a motion by Cllr Barry Sweeny (FG) who had proposed that the MD seek a solution for repair work, drainage and additional lighting at the Rock Steps in the Erne town.

At the top of the steps are sections of boundary walls, the remains of the former Rock Barracks, which was originally constructed in 1798, with gun loops from that period still clearly visible. 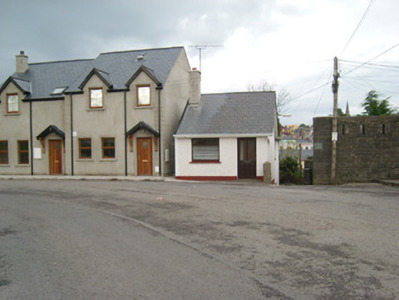 The Ballyshannon Rock steps pictured from the top with remnants of old Rock barracks to the right.

Cllr Sweeny said that the problem now “needed more than a bandage”.

He added that “the worsening condition of the steps is a safety concern to local residents, school children and many visitors who use the route at sporting and other events.

Speaking at the meeting he explained that it was the traditional and historical walking route between the rest of Ballyshannon and ‘the Rock’.

The Rock itself is the location of the local Aodh Ruadh’s GAA pitches, local schools, child care facility and St. Joseph’s Church to name but a few, he said. 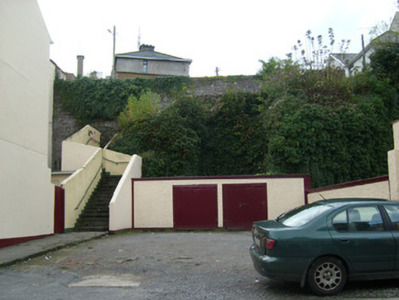 At the bottom of the Rock steps on the 'Purt'

It was used on a regular basis by people and on big match days, when Donegal were playing in the local GAA park, that number escalated hugely.

“It’s a bit of an embarrassment to be honest,” he told fellow councillors and officials.

There had been some realignment down in the 1950s and 1960s but it had not been kept up with the times since then, he explained.

It remained an important pedestrian connection with schools, child care and elderly people going to Mass and we need to make these steps safe,” he emphasised.

“We have many things at the Rock, including the Aodh Ruadh GAA club and the Rock steps are now a bit of an embarrassment to be honest. We’ve had loads of volunteers helping out, but this now needs more than a bandage and with flooding around the Rock, thai seems to be stalling this.”

He said that there was a low cost solution to this but pointed out that simple things like changing a broken light had taken nine months to replace because of its inaccessibility.

He said that the area also needed a good clean within the next twelve months, as he mentioned the proverbial “accident waiting to happen” scenario.

He was backed up in his comments by Cllr Michael McMahon (SF) from Bundoran who said that this had been “an ongoing issue, which now required an immediate reception”.

“I’ve seen water coming down those steps like a fountain and with the gravel lying there at the bottom car park, this washes into two gullies and the roadway, with the inevitable results of blockages.”

“We need this looked at as soon as possible,” he added, as he seconded the motion, to which there were no objections.