Harry Doherty also in U-21 squad 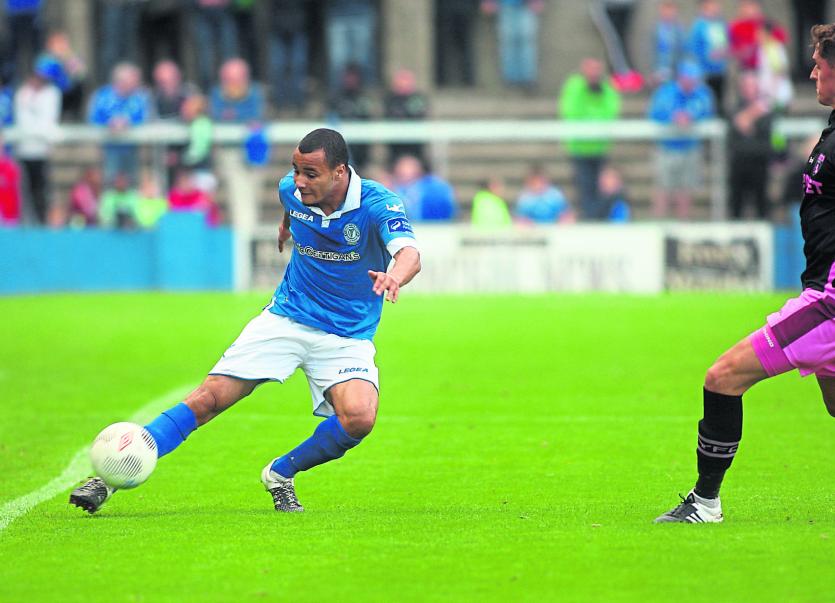 Ethan Boyle of Finn Harps who did well for the Republic of Ireland U-21 home based side.

Ethan Boyle was one of the stand-out players for the Republic of Ireland U21 Home-based squad which played out a scoreless draw with the Amateur international side at a weather-beaten AUL Complex this afternoon.

U21 boss Noel King took the opportunity to look at a number of players based around the country as he prepares for the forthcoming UEFA U21 Championships qualifiers which begins with a clash with Kosovo next month.

Amateur international team manager Gerry Davis was looking to run the rule over players seeking to earn a place in his UEFA Regions Cup final tournament squad who visit Turkey for the finals this summer.

Harps goalkeeper Harry Doherty was also in the U-21 squad.

In the first half chances were at a premium with defences on top and the battles in midfield were very competitive. Finn Harps' Ethan Boyle looked at ease in his midfield role and was always in the thick of things for the Under 21's. Hughie O'Donovan impressed for the Amateurs and was at the heart of everything.

The Under 21's looked the more likely to score in the first half with the Amateurs failing to make an impression up front. In the second half the Amateurs came more in to the game. Shane Daly Butz showed some nice touches. Neither goalkeeper had to make any notable saves and with the weather conditions deteriorating both managers were happy to see out the game with no major injury worries.