Gareth Gorman in charge of Connacht side 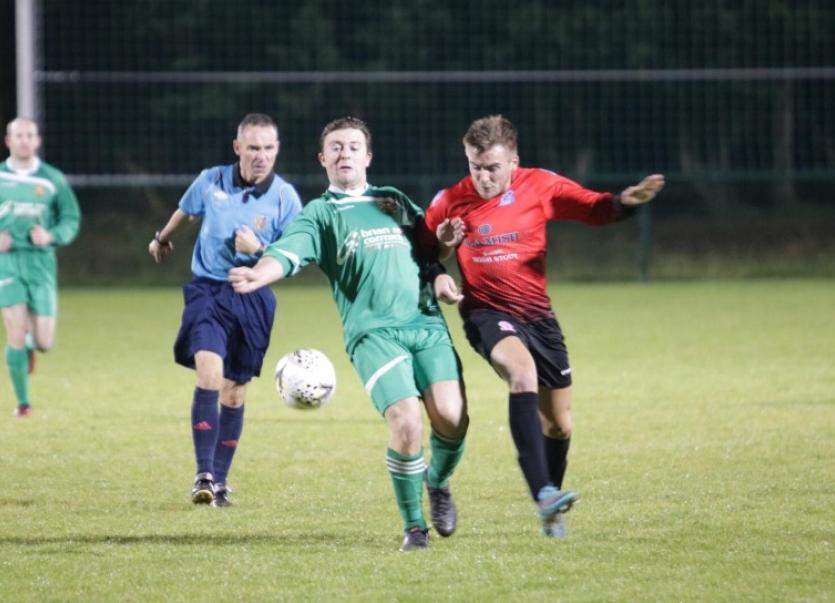 Anthony Gorman will be up against a familiar opponent this afternoon when the Ulster Senior League face the Connacht FA at Maginn Park (2pm) in their second FAI Intermediate Inter-League Tournament game.

Connacht are once again under the stewardship of his brother Gareth.

Traditionally non-competitors in the tournament, Connacht’s curve has been upward of late and Gorman can see his sibling’s work beginning to pay off.

“The clubs and players are buying into what Gareth, Alan Gough and Peter Carpenter are trying to do,” he said.

“They’re all guys with League of Ireland experience and they’re getting a reaction.”

Both the USL and Connacht lost their opening games last night.

Mark Murphy and Kelvin Kruschell scored for Munster in a 2-1 win over the USL while Connacht were beaten 2-0 by Leinster Senior League at Dry Arch Park.

Gorman said: “We know it won’t be easy. They lost 2-0 to Leinster, but that’s a strong Leinster team. The Connacht game for us now is so important.

“All we can do now is worry about ourselves. The last couple of years, we’ve been unlucky, but unfortunately the first night again has left us with not the result that we wanted.”

The tournament heads for Inishowen this afternoon.

Ulster and Connacht cross swords at Maginn Park with Munster and Leinster meeting at the nearby Charlie O’Donnell Sports Ground, the home of USL champions Cockhill Celtic.

Following an opening night defeat, there is no margin for error now for tournament hosts USL.

The USL will be without the suspended Thomas McMonagle and the unavailable pair of Tony McNamee and Matty Harkin for the Connacht clash.

Gorman said: “We spoke about how important the first game would be. Mathematically, we still have a chance.

“We have to hope Leinster beat Munster and we beat Connacht; it’s down to a final then.

“The first goal is so important. If we’d got the first goal against Munster, it would have been a different game. Hopefully we can regroup. That was a tough, physical game.”