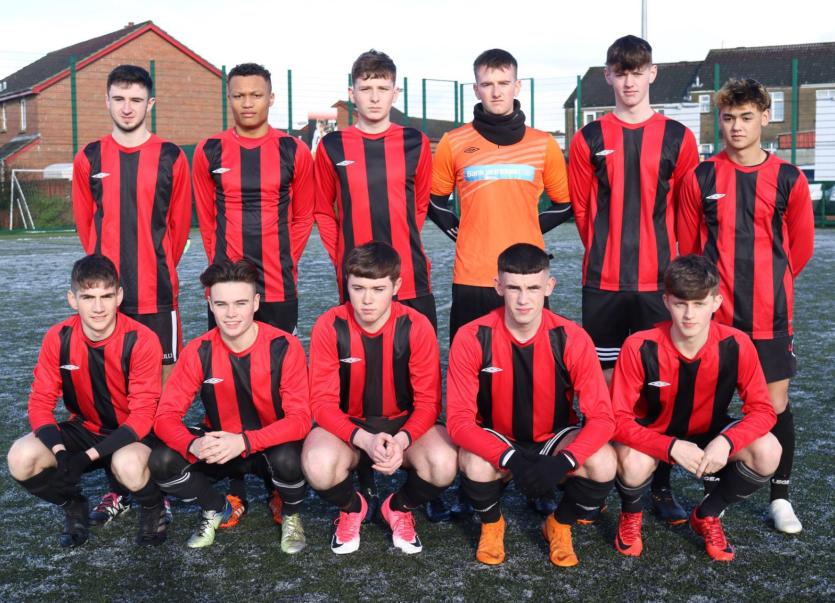 Carndonagh Community School are into the Ulster Senior Schools final after a fully deserved victory over St Eunans, College, Letterkenny today in a game played at Leafair Astro pitch in Derry. The game was due to be played in the Ryan McBride Brandywell Stadium but was moved due a frozen pitch at the home of Derry City.

Carndonagh took the lead midway through the first half courtesy of a bullet header from Jake Harkin after an in-swinging corner from Corey McBride.
Carn, under the stewardship of John Kavanagh, were the better team in the first half and came close to adding to their lead on a few occasions through the lively Luke Rudden.
Eunans started the second half better and got an equalizer thanks to a fine strike from inside the box from Finnian O’Donnell. The Inishowen side didn’t let their heads drop and were back in the lead shorty after when a mix up in the Eunan’s defense let Luke Rudden head home from close range, and the same player doubled his tally five minutes later with a low fierce strike past Eoghan Jordan in the St Eunan’s goals.
Joel Gorman rattled the crossbar for Paul Browne and Peter Lee’s managed Eunan’s chargers but in the end Carn held out for a well deserved win which sets up a final appearance next week against Deele College, Raphoe.
Man of the Match: Corey McBride (Carndonagh Community School)