Donegal GAA star heading down under in search of AFL contract 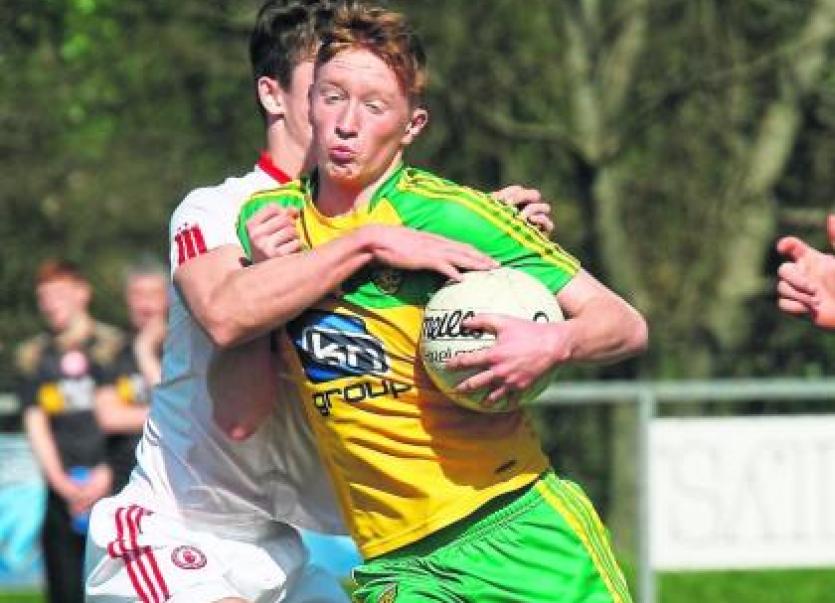 Oisin Gallen will be hoping to impress in Australia

One of Donegal’s rising stars is heading down under - for an Aussie Rules trial.

Sean MacCumhaill’s Oisin Gallen is heading to Australia next week.

He is off for two weeks to undergo trials and testing at a “combine” where numerous players will be hoping to impress AFL clubs.

Also going over will be Cian McBride from Meath who was on the Royal County’s minor side that reach an All-Ireland semi-final.

Back in April, a number of GAA players attended a similar combine, and it led to Wexford’s Barry O’Connor signing a contract with the Sydney Swans. Ross McQuillan from Armagh, Luke Towey from Sligo and Peadar Mogan from Donegal also took part in trials.

Gallen has had a great year with the Donegal seniors.

Should he sign a deal in Australia he will be a big loss to the Donegal panel.

Likewise, he has been a hugely influential figure for his club, and he would leave a real void should he depart.

There are currently 13 male Irish players with AFL clubs.