Inishowen Premier League table could have new leader this Sunday 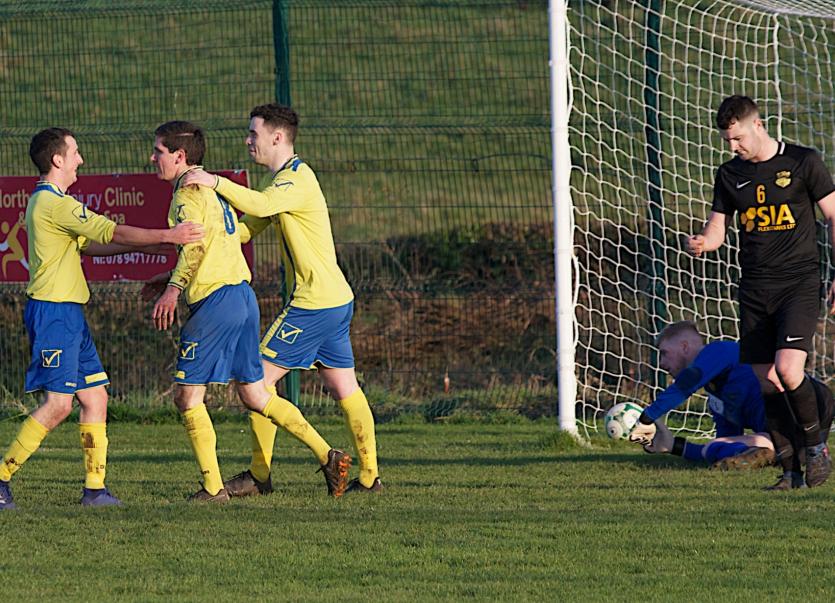 Aileach can go top of the table with victory over Moville on Sunday.

Inishowen premier league contenders Aileach can return to the top of the table this Sunday with victory over Moville Celtic.

The Burnfoot outfit were toppled from top spot last week by Glengad Utd, who beat them 3-2 at Lakeside.

Shane Byrne's Glengad have no fixture this weekend as they were due to play Cockhill Celtic in the Knockalla Cup, but the USL side are in Cork for their FAI Intermediate Cup replay against Midleton.

A home victory for Emmett McLaughlin's Aileach against premier division new boys Moville would put them two points clear of the Crua men.

Elsewhere in the premier division, strugglers Culdaff host reigning champions Greencastle. Illies Celtic welcome Cockhill Celtic Youths to Druminderry for what is sure to be a lively derby clash, while in-form Buncrana Hearts host Carn FC at Castle Park.

All matches kick off on Sunday at 2pm.