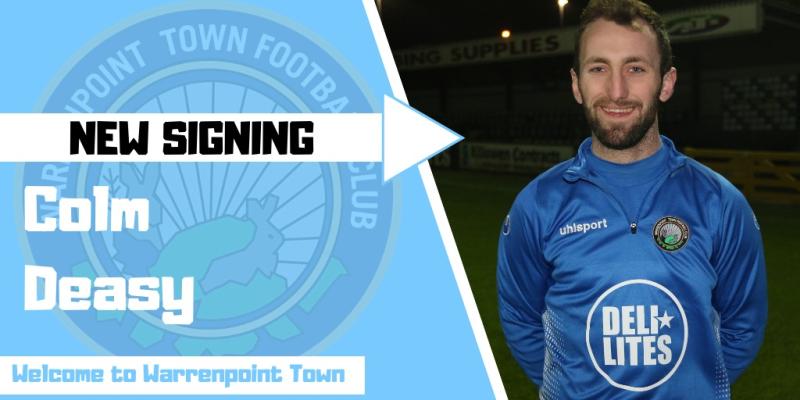 Colm Deasy will play for Warrenpoint

Another one of the Finn Harps panel from last season has moved to a new club.

The Co. Down side, who are joint bottom of the Premier Division in the North, have now signed four players in recent days.

Ryan Swan, who was with Bohemians, has also joined, along with Stuart Hutchinson and Kealan Dillon.

Deasy, who was once on Southampton's books, has also played with Drogheda United and St Patrick's Atheltic.

He had played at International level for the Republic of Ireland U19, U18 and U16 teams.

Warrenpoint manager Barry Gray, on the club website, said: “I am really excited to get two top class professionals here. They will add a new dimension to our current squad as they have experience at top level. That will lift all the other players and particularly the younger members of the panel.

Hutchinson joined Warrenpoint last week from the PSNI FC while  Dillon was previously with Drogheda United, having spent some years across the water with Derby, Hull and St Mirren as well as being capped at Republic of Ireland U19 level.