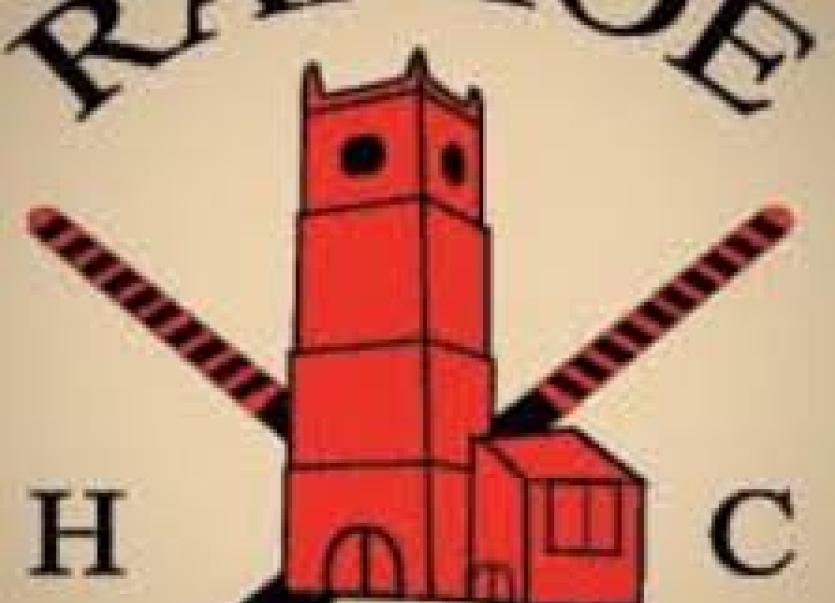 Raphoe 1st XI Ladies welcomed third place Ulster Elks to the Royal and Prior School on Saturday, knowing that a strong performance from the entire squad would be required in order to get anything from the game.

With this in mind, the North West side set out their marker from the starting whistle and with an impressive opening five minutes by Raphoe, Ulster Elks realised that no visiting team gets an easy day at the beach in Raphoe.
Raphoe pressed forward with intensity, and possibly surprised themselves, as well as the visitors, as to how close they came to opening the scoring in the opening minutes of the game. Both Leanne Patterson and Sabrina Barnett had shots saved well by the Elks goalkeeper from short corner routines.
While at the other end of the pitch, Ulster Elks themselves were unlucky not to get on the scoreboard in the first quarter, with a number of well worked short corner routines going narrowly outside the posts, much to the relief of the Raphoe defence.
It wasn't until the 20th minute of the game when the deadlock between the two teams was broken.
Ulster Elks were in full attack on the Raphoe half of pitch, when Lisa Patterson executed a well timed interception of the ball. Her quick thinking saw the ball realised quickly up to field to Leanne Patterson, who was in a great position to counterattack. Leanne drove forward and laid the ball into the path of Katy Love. Love with only having the keeper in her way towards goal, used her experience and calmly slotted the ball home to give Raphoe the lead.
Following taking the lead, Raphoe were placed on the back foot by the skilful Belfast side, as the Elks mounted strong attacks down their left side of the pitch.
It was through one of these attacks that Elks found the equaliser just before half time.
A strong run by one of their forwards found herself on the by line of a crowded circle. With only the option of a reverse stick shot, she sent a firing ball into the net between the post and Raphoe's netminder, Heather Humphrey, giving her team the goal their deserved.
The second half of the game was almost a carbon copy of the first. Both sides working tirelessly to try and get the edge from the other.
Raphoe's young schoolgirls, Zara Tinney and Sophie Wallace, showed maturity in midfield and worked well along with their peers around them.
With end to end action, it was Ulster Elks who took the lead in the third quarter. A shot from just inside the circle took a deflection of defender Wray's stick and ricochet off the upright. As the ball rebounded, an Ulster Elks player was in the perfect position to sweetly volley the ball into the Raphoe net.
However, there was a confidence within the Raphoe side & with great encouragement from their supporters, the home side had the game back on level terms within minutes.
Raphoe's equaliser presented itself through a short corner set piece that saw Wendy Patterson in the right area, to deflect Leanne Patterson's shot, into the Elks goal.
There was an air of excitement to the game as it entered the final quarter. Chances fell to both side to secure the three points, with neither managing to score that all important goal.
With what was a highly contested game, both teams will have been happy with a share of the points, but will also be thinking "if only" at the chances they missed.
It was a great performance by the Raphoe team as a whole, with Victoria Wray earning the Player of the Match award from her strong marshalling of her defence throughout the game.
This result now leaves Raphoe on 12 points and in 8th spot in the league. They travel to play Mossley next week, and know that a win there is vital to keeping them out of the relegation zone.