Next up is big game at home to Melbourne 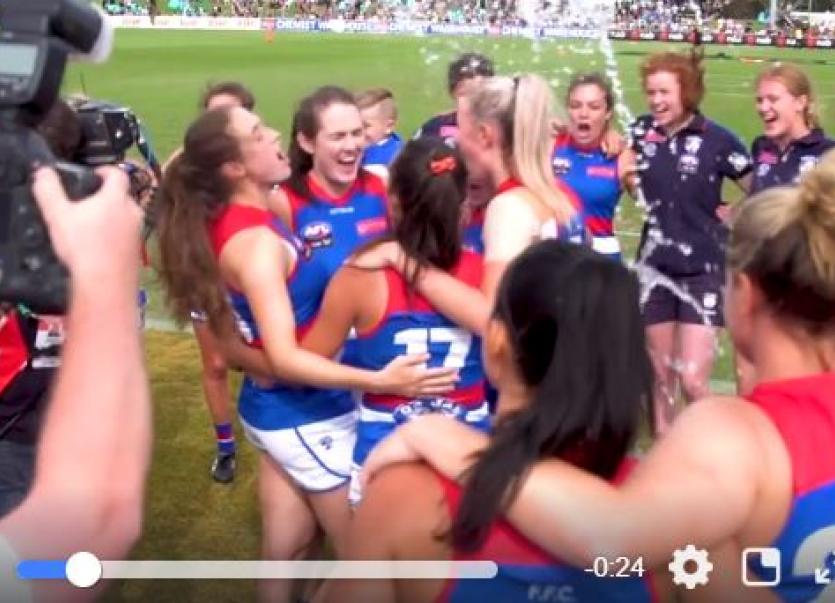 Last weekend, she made her debut for the Western Bulldogs and helped them to an impressive 26-point win against St Kilda.

She was one of five players making their debut. Afterwards there were plenty of celebrations, as you can see in this clip.

Attention now switches to Valentine's Day and the Western Bulldogs first home game of the 2020 season as they host Melbourne under lights!

Seven years on since the clubs first met the Dees in an exhibition match back in 2013, both clubs will be vying for the Hampson-Hardeman Cup; named in honour of women’s footy pioneers Barb Hampson and Lisa Hardeman, who developed the first women’s national championships in 1998.