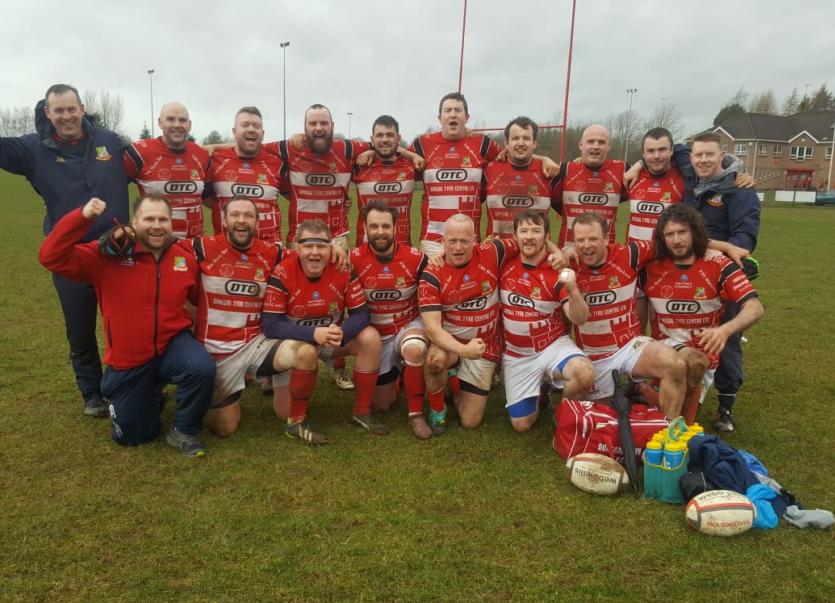 As the saying goes, revenge is a dish best served cold and Donegal Town RFC certainly gave Ballyclare the full three courses on Saturday.
Donegal, as they have done throughout the season, dominated their hosts in the pack. From the first scrum untill the very last the visiting pack exerted their superior power turning over several of the homeside's scrums.
This led to the game's first try, from a powerful Donegal scrum the visiting pack worked through several phases gaining a territory in the Ballyclare 22. Gareth McMurray received the ball five meters from the try line and managed to touch the ball down. A difficult conversion was narrowly missed.
Donegal continued their dominance and this led to their and game's second try. The visiting pack carried heavily into the home side's territory. Gareth McMurray took advantage of this good play and crossed the whitewash for the second time. Declan Bushell added the conversion.
Some ill discipline from both sides led to each being reduced to 14 men. This sparked the home side into action and they hit back with their first try of the game.
With momentum at their backs Ballyclare scored their second and the game's fourth. Like their first try, the conversion was missed.
Ballyclare continued their purple patch into the second half and crossed over for their third try. This was converted and the hom eside led for the first time in the game.
Donegal lost their try scorer Gareth McMurray through injury, leaving Ballyclare with the advantage both on the field and the scoreboard.
Donegal played themselves back into the game and after some great work from their pack, back row Shane Patton crossed the line for the visiting side's third try. Declan Bushell kicked a great conversion to retake the lead.
Donegal were not finished and their pack again were heavily involved in the build up. Donegal were awarded a scrum penalty in Ballyclare 22. A great break led to Shane Patton crossing the try line for his second and Donegal's fourth try. A difficult conversion struck the post and fizzled wide.
Gareth McMurray returned to the action and managed to put in a try saving tackle and held up a guaranteed Ballyclare try at the death.