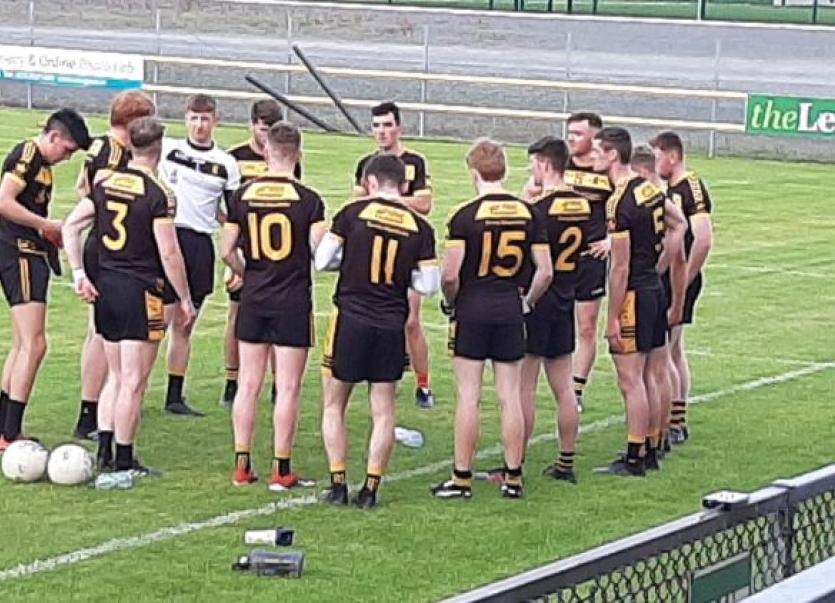 St Eunan's players grab a drink during the half-time interval

There are traffic cones and signage still in place in the car park area at O’Donnell Park.

Behind the main stand, the make-shift medical tents await the next round of Covid-19 testing.

During the darkest days of the Covid-19 crisis, the part played by St Eunan’s GAA club in its home town was laudable. Hundreds of people have attended the test centre at O’Donnell Park over the last number of months.

Four months on and club volunteers continue to give over their time to help with the day-to-day duties at the centre. How long the test centre will remain in place is anyone’s guess.

So when football finally made a welcome return to the famous venue this evening, it had a special relevance. Watching a match played against the backdrop of a Covid-19 testing centre is certainly strange. But these are strange times. 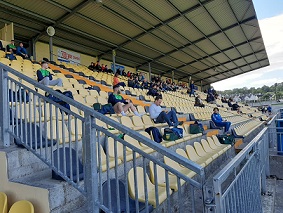 Supporters in the stand at O'Donnell Park on Friday night. Government guidelines mean that the number of people attending games is restricted

In some ways, the result of the game wasn’t all that important. For the players and supporters of St. Eunan’s and St. Mary’s, Convoy, it was just good to be back doing what they love most.

This was their first game in Section C, Division One of the newly organised Divisional League. Abiding by the special guidelines in place, it was the first game in which players could not use the dressing room facilities while the match was played in front of a restricted attendance. There are many other changes too which everyone will have to get used to.

Convoy, up into Division Two in the All-County League, worked hard throughout, but they were always going to be up against it on a night when St. Eunan’s powered to an easy win.

There were only six points between the sides at half-time, but the home side ran the visitors ragged in the second half during which three of their four goals were scored. The impact made by the home team’s replacements was a telling factor - each of the five substitutes playing well following their introduction.

The visitors, St. Mary's, Convoy, pictured during the half-time break

On a beautiful evening, early scores from James Kelly (free) and a fine Shane O'Donnell effort got St Eunan’s up and running. Convoy responded with a '45 from Paddy Dolan, but Caolan Ward kicked a point at the other end before setting up Rory Carr for a well worked score.

Ward's forays into attack were causing Convoy big problems and the county man was part of the move which ended with Conor Morrison turning the ball home for the opening goal 12 minutes in, after Peter McEniff's effort was half-blocked.

McEniff did raise a flag soon after with a neat score off his left and while Paddy Dolan kicked a brilliant long range free, St Eunan’s were dominant.

Rory Carr, seeing plenty of possession inside, kicked a close-in free just before half time. But as the teams got set for the interval, Convoy and Dolan had the final say of the half when he was allowed time and space to kick another great score, this time from 40 metres.

A fine save from Sean Patton to deny Eoin McGeehin ensured that Convoy were just six points down coming out for the second half, 1-6 to 0-3.

The visitors made a couple of changes at half time bringing on Paul O'Leary and county minor, Matthew Coyle. And they kicked the first score after the restart with a Joe McGill free.

But as they began to run their bench, St Eunan’s were able to kick on again with scores from Ward and Shane O'Donnell and a free from substitute Padraig McGettigan stretching their lead out to 1-9 to 0-4 as they went for their second half water break.

Another of the Eunan’s replacements - Conor O'Donnell - set up Eoin McGeehin for their second goal and a 2-9 to 0-4 advantage with around 12 minutes to play.

Padraig McGettigan kicked another free off the left as the visitors struggled to contain the home side's running game. Conor O'Donnell again showed great awareness to pick out McGeehin in front of goal and in almost a carbon copy of his first effort just minutes earlier, the No. 15 was able to palm the ball to the net from close range.

O'Donnell eventually got the goal his performance deserved with four minutes remaining to put his team into a 4-11 to 0-4 lead.

Niall Hannigan with two, and a late Darragh Mulgrew point rounded off a comfortable night for St. Eunan’s. 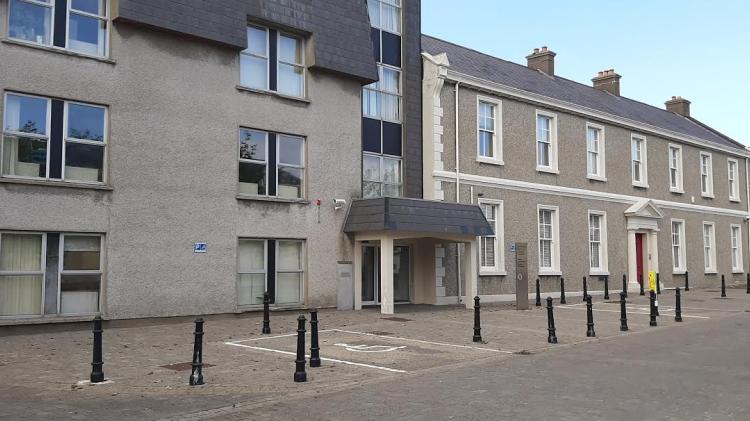