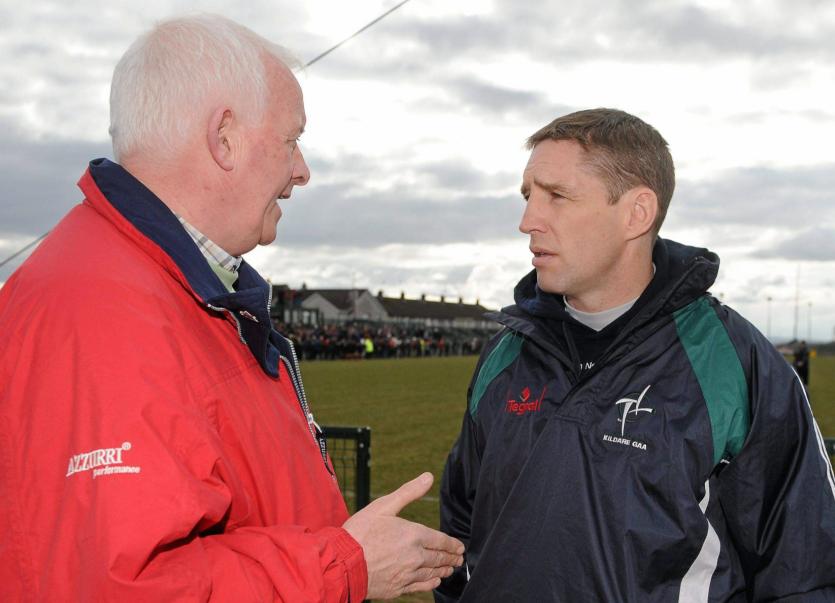 Armagh will try to frustrate Donegal and stay in the game as long as possible in Saturday’s Ulster semi-final in Kingspan Breffni Park.

That is the view of former Armagh player and well known broadcaster Jimmy Smyth. And the former Ulster winning centre-half-forward  feels, if Keran McGeeney’s charges achieve that, their thoughts will turn to Pairic Uí Caoimh last Sunday and Cork’s dramatic last minute winning goal against a highly fancied Kerry.

He accepts Donegal will go into the tie as the firm favourites and rightly so. Declan Bonnner’s side are an experienced Division One side and championship road tested over the last five to six years.

Donegal are back-to-back champions under Bonner and are strong favourites for a three in-a-row.

“We saw what happened Roscommon, the other side promoted from Division Two, last Sunday against Mayo in the Connacht semi-final.

”Mayo were much the better team and more physically conditioned than Roscommon.”

However, he doesn’t feel Donegal will have any advantage over the Orchard County men in the physical stakes.

“Armagh are a physically strong side with a number of big men all over the field and the lack of strength and conditioning is something you wouldn’t associate with a Kieran McGeeney coached team.

“The bulk of the squad has been together for the last five to six years and they are well conditioned and will be well fit to go toe to toe with Donegal.

“Donegal are a good side and rated in the top three or four in the country. But we feel we have a good team, too, and especially in the forward line.

“The O’Neills, Rian at full-forward and Oisin in the middle of the field,  are fine footballers and big men. Rian has made a quick transition from minor.

“We have Conor Grugan, Stefan Campell and Jamie Clarke in the forward line, too, and they are all quality players.

“There is a perception that the defence is the achilles heel of the team. But this not the case at all. Aidan Forker is has slotted in well at centre-half-back and  Michael Shields has done well on the left wing.”

The former BBC commentator admits he would like to see Brendan Donaghy back in the side for Saturday’s showdown.

“Brendan is a very experienced player in the squad with an Ulster championship medal. He is an experienced defender and he is the type of player that would suit Saturday’s game.

“Remember this is old National League winter football where the conditions are not like they are at the height of the summer.

“In those conditions you need experienced and seasoned footballers and that is why I would like to see Donaghy in the starting line.”

The mention of summer football prompts the former county man to confess he is disappointed that the football season was halted by the coronavirus.

“We had a great start to the league and we were playing really well when the lockdown stopped games. Okay we had dropped a few silly points but overall we were playing well and I would have loved to see them play in the conventional championship.

“The break in the league came at the wrong time for us and halted our momentum. When it got up and running the momentum was lost and we lost the first game back to Roscommon.

“In that game we were back to our old selves of losing a game that we should have won. But thank God we got back on track in the second game down in Clare.

“The win in Clare was a big psychological boost going into the championship against Derry.

“Derry in Celtic Park was a real banana skin game and it turned out to be a good test in difficult weather conditions. Derry are a good side with a lot of good footballers and the feeling is the two point win over Derry set them up nicely for Donegal.

“Donegal are favourites. But our lads have been together for a few years and they are a confident enough bunch. They are where they want to be and are looking forward to testing themselves against one of the top teams. They are quite happy to be underdogs, remember Pairc Uí Caoimh and Cork,” says Smyth.