Regarding the announcement at Co Convention that the grades in GAA will change from even to uneven ages in 2021, we received a lengthy letter from Paul McGovern of St Eunan's who feels the move is a retrograde step 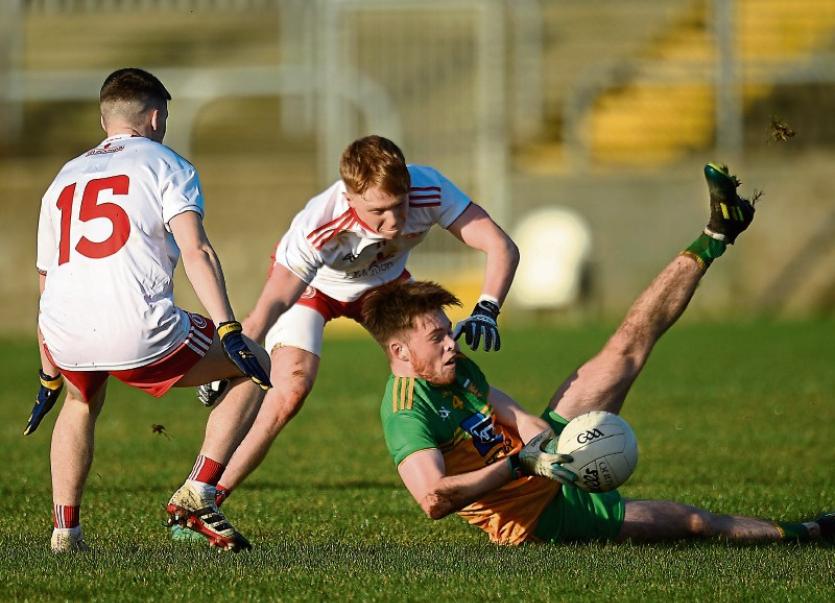 I spent 11 years as a member of the St. Eunan’s Minor Board as both secretary and Chairperson and was involved with an underage management team that took a team right through from U8 to Minor.

Last week it was announced that Donegal would be changing underage grades for 2021. By all accounts it went through without so much as a whisper of discontent at last week’s Annual County Convention that in 2021, Donegal GAA would be changing from the long-established age grades of U12 / U14/ U16 and U18 (Minor) to uneven ages U13/ U15 and U17. Make no mistake though, this is about one age group and one age group only - U18s.

That raises a few issues.

1. This has been proposed by the County Senior Board twice in the last three years (2017 and 2019). Both times an underage forum was convened and both times the idea was overwhelmingly defeated. In 2017 in particular, it seemed that there was an attempt to “railroad” this in without consultation and only after objections were raised by the Regional Boards, was it agreed to let the clubs meet and decide – which they did… emphatically.

You see what the people pushing this agenda through don’t realise is what anyone working at the grassroots with young players will tell you, and that is, player retention is the biggest issue facing clubs when players turn from juveniles into adult players. Players go off to college or get jobs or lose interest or perhaps commit to another sport. That last year of Minor (U18) is vitally important at trying to keep players engaged with Gaelic games. We never worry about the elite Minor players, the top 5 or 10 players on your team, they are going to find their way to adult football, some of them straight to the senior panel, others to the Reserves to develop further and adjust to the huge difference in physicality they will now be facing.

I’ve heard all the stories of “when we were kids, we played senior at 16”. So did I. It’s a totally different game now physically than it was 15 or 20 or 30 years ago. Totally different. Club teams are now prepared to a higher level than a county team was 25 or 30 years ago, players are in doing strength and conditioning that was unheard of in the past and as a result, the game has become much more physical.

The one thing that you can’t change is physiology and young players bodies can and should only be doing specifically tailored S&C work based on their physical development and really only starting in their late teenage years – this leaves them way behind the curve against a 28-year-old that’s been doing that work for a decade plus, increasing the chances of these young players that are being forced into adult football at too young an age getting seriously injured (player welfare??)

But like I said, I never worry about the elite player, I worry about the guy that’s between number 11 and 25 in the minor panel, the guy barely hanging onto Gaelic games, that should they be removed a year early, may never pull on the club jersey again. The late developer that may never rise above the Reserve team.. or maybe the Junior team. They may never get even that chance now.

Take the general Letterkenny urban area. At least 4 GAA clubs in close proximity. How many soccer clubs within a short radius? At least two or three times as many that will only be too willing to welcome the player that can’t get a game now for his local GAA club, and not because we can’t accommodate them, but because we’ve taken away their age group! That’s not the fault of the soccer clubs, if roles were reversed the same would happen – players will go where they will get a game. That’s one example. Perhaps playing that last year with their school friends will be the thing that keeps them playing. We don’t know, but seemingly, we are about to find out!

2. There is serious disconnect between adult boards and juvenile boards within clubs here that this would sail through convention and not an eyebrow raised, or eyelid batted! To me, it seems that has been the plan all along – keep battering away every year until they get it through. Question is, who are they? And what is their agenda? I’m sure there will be many opinions on the answers to both questions. I’ll keep my opinion of the answer to the first one to myself! The second one, it seems to me is very simple. Moving Minor to U17 frees up the Adult board to set fixtures how and when they please without ever having to consult with the underage boards in case there may be a fixture clash. The CCC will no longer have to worry that players could be asked to line out for the adult teams on Saturday or Sunday knowing full well there are Minor fixtures on the Friday or Monday.

Another issue is the Leaving Cert. Underage boards have always been very reasonable in setting fixtures around the exams, no such allowances have been made by adult boards, players simply don’t play around that period. I’m sure other people will come up with other reasons for the change that I am omitting. The lack of consultation with clubs raises questions – I am of the opinion that this was done because they know the feelings of the clubs – it has been proven over the last few years that the clubs don’t want this, therefore is the only way to get it through to do so without allowing clubs have their say? That’s a very narrow track to start going down!

I am reliably informed that the general consensus from the recent Northern Regional Board AGM was that the clubs are against this move, that means questions have to be asked of those that are representing our interests and that of our players and clubs on the County Board and they must answer publicly as to why they have pushed this unwanted change through. Young players that have played all the way up to U18 are to be now afforded no chance to see their final year of minor through? Perhaps there is an intention to run a “token” competition, to tick a box for these young players but for me, this move goes totally against the ethos of the GAA. Croke Park knew this was a non-runner at Congress earlier in the year when the proposed motion to change to uneven age grades was withdrawn in favour of allowing counties to set their own age grades – which passed.

There are people out there now trying to tell us that a committee set up with the intention of driving this through has now said “that’s it, like it or lump it”, but that is not how the GAA is supposed to work. For that to change it must go through congress and that hasn’t happened, so I (stand to be corrected) am of the belief that we in Donegal are still at liberty to choose the age grades for our competitions despite the cloak and dagger men that would have us believe we have no choice…and it has been sold like that across the province. We have no choice. We’ll see…good people with the best interests of young players and their clubs must step forward now to right this wrong. Which brings me to my final point.

3. It’s a death knell for rural clubs. Some are already struggling to field Reserve teams on a consistent basis and pushing young players into adult football before they are ready is not going to encourage the player hanging on at the bottom of the minor team to continue to play Gaelic games. That same young player may be the one that doesn’t move away from home to go to college or get a job far away in a bigger urban area and so they could have gone on to develop into the backbone of the Reserve team or maybe if they’re a late developer, into an important member of the club senior team. Now, even more players will be lost to the GAA, to what end? Some counties have attempted to run an U19 age grade, this has failed largely because these players are now adult players, meaning U19 games cannot be played at the weekend, yet so many players this age are away from home at college and are unable to make it home for midweek games or when they are home for the summer, they are working midweek to make some money for going back to college and trying to organise work around training and games as it is! I have been saying for about 15 years that the Senior game should take place before the Reserve game at weekends, that way the unused sub for the seniors is available to the Reserves. How often has every club sent a senior panel member home at a weekend not having played a minutes football? Too many. Too often. Play the senior game first and the reserves can definitely field then!

Personally, I can see no short or long term benefit to clubs with this move. Young players coming through straight into Senior teams are now the exception, not the rule. Discussion between the county board and the clubs needs to happen and clubs need to have their opportunity to have their say. That is how the GAA is supposed to work. But it seems sometimes, we shoot ourselves in the foot. I know the Regional Boards in the North, South and Inishowen do a great job of organising games for young players, but in recent seasons it seems their powers have been diminished by the Senior Board, leaving us where we are today. We need answers, we need them soon and they need to be honest and transparent and above all they need to be in the best interests of our players and our clubs.