INTERVIEW: For club and county, 'keeper Boyle has packed a lot into the last 10 years

"It's funny. I always thought myself as an Aodh Ruadh player. I just happened to play for Donegal a couple of times" 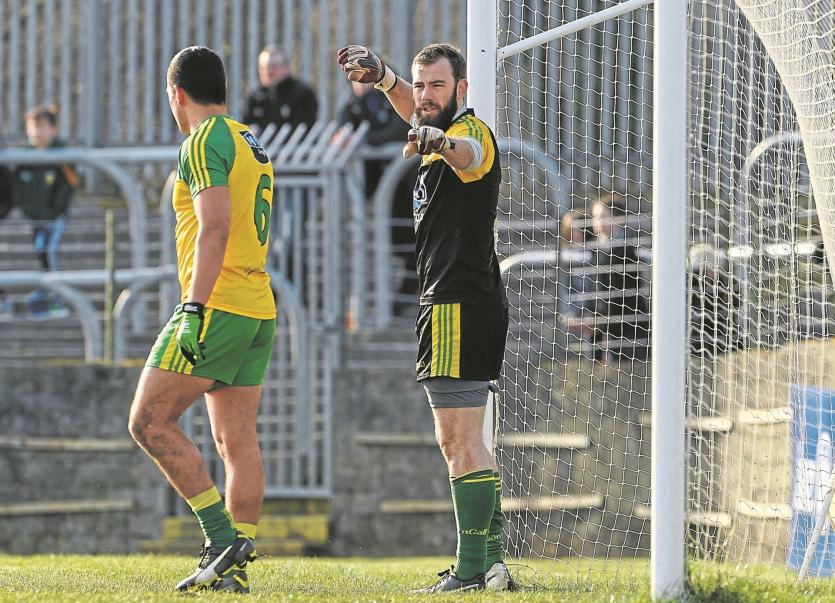 Peter Boyle in goal for Donegal against Mayo in the National League in 2016 (incidentally the only time Donegal have beaten Mayo since the All-Ireland win of 2012) Picture: OLIVER MCVEIGH/SPORTSFILE

It's almost 11 years since Peter Boyle played in an All-Ireland U-21 final while still only 17 years of age. Still only 28, he is one of the veterans of the Aodh Ruadh team which won the Donegal Intermediate Championship last year.
The goalkeeper has had an eventful career so far but after two stints at county senior level, he is very happy in his own skin as to his present position.
By goalkeeping standards, Peter Boyle is still in the middle of his career and yet he has done a lot more than most, including terms at club management at different age groups.
His career began under the tutelage of Conor Carney in primary school, followed by Gerry Breslin and Hugh McGlynn in Colaiste Cholmcille.
"Conor Carney would have had a big influence. We always would have school tournaments; there was always a sense of Gaelic football. It could have been something that was left from the De La Salle days.
"We were up in the Rock and that building was always there when I was in primary school," said Boyle, who added that Carney was good to all his students "whether they be good, bad or indifferent."
Born on July 9, 1992, he wouldn't have remembered much about Donegal's first All-Ireland win. He mentions Enda McGurrin, Sean Perry, Paddy Kelly, John Larkin, Terence McShea as being involved in coaching in his young days with Aodh Ruadh and then Shane Ward, Barry Gallagher, Barry Ward in the latter age groups.
"We wouldn't have won much. Apart from myself and Gary Carty there's nobody else from the 1992 age group still playing Gaelic football for Aodh Ruadh, which is amazing to think about it.
"When I was growing up Bundoran were unbelievably strong. They would have been winning; themselves and Milford and then Glenties would have been very strong, Seamus Corcoran and boys like that. 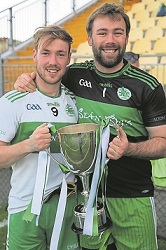 "We would never have had success but at the same time we would never have been terrible. We were competitive."
Always a 'keeper at underage, he got a taste of playing outfield when numbers were limited at U-16 level.
"I played in goal until my last year at U-16. Then I played outfield for three years. In my last year at U-16 I would have played outfield but would have played in goals for the minors the same year.
"There was always a 'will I stay in goals or will I go out?' Numbers would have been getting smaller and there was always someone else who could have went in goal," said Boyle, who said he won an Ulster Colleges medal with Colaiste Cholmcille as a full-forward.
"To be honest that experiment ended when I was about 20," laughs Boyle.
"I remember playing down in Glencolmcille as wing-back and I got taken off at half-time and (Brian) Roper came on. I think Roper might have got a hat-trick that day. I think that was the last time, apart from a few years ago when we were getting relegated from Division One when we might have had only 14 or 15 players. I played against St Michael's out the field and I played against Kilcar, but that was because we were just stuck for numbers at the time."
There is no doubt that being involved with the Donegal U-21s in 2010 was the highlight of career at county level. They would go on to win Ulster and lose out narrowly in the All-Ireland final with Boyle between the posts.

NEVER FORGET
"I'll never forget the first game I played for the County U-21s. I was actually out in Bundoran playing a minor game. I'm not sure who came out and said the U-21s are playing in Ballyshannon against Sligo in Munday's Field. Ashley (Mulhern) got injured and they were stuck for a 'keeper. So they asked would I play, and I said aye.
"I never really looked back. And that year with the U-21s was the greatest journey you could ever go on. The players, that was the start for the likes of Michael Murphy and Leo McLoone. They were so many talented players. And then with Jim (McGuinness) in charge, like the sky was the limit for that team and the crossbar away from an All-Ireland title. 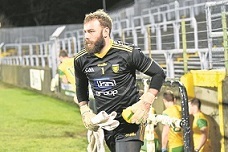