Sheedy’s Waterford next up for league leaders Finn Harps

Another big weekend ahead in League of Ireland Premier Division 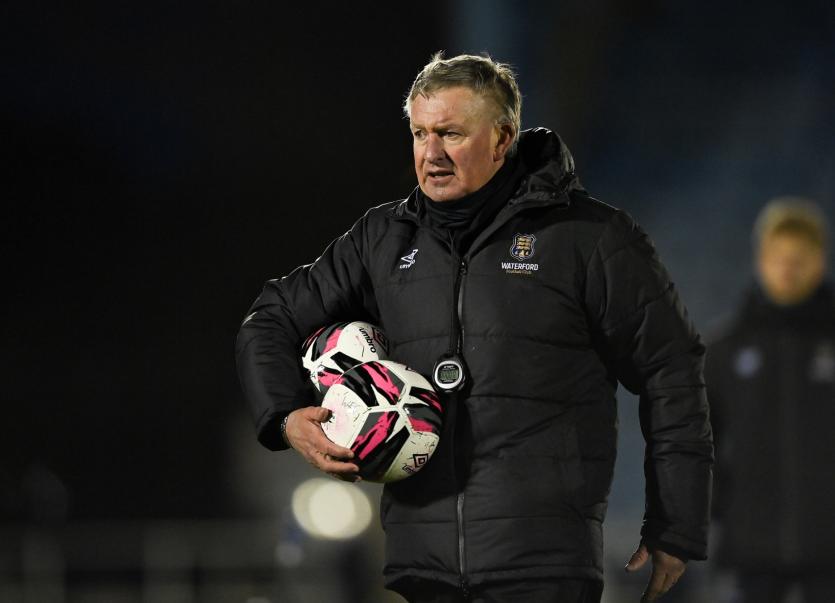 Former Republic of Ireland international Kevin Sheedy will be hoping his Waterford FC side can bring an end to Finn Harps’ unbeaten start to the new League of Ireland Premier Division when the sides meet in Ballybofey on Saturday night.
The former Everton player is just three games into his first managerial role in Irish football and last weekend, guided his team to a welcome first victory as they beat Derry City 2-1 at Brandywell Stadium.
The Munster men will journey back to the north west this weekend for their joust with a Harps team who lead the way at the top of the table.
And Harps boss Ollie Horgan is predicting another difficult assignment for his team. 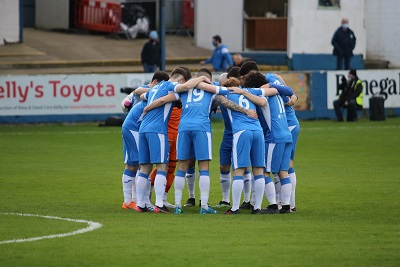 Harps players in a huddle ahead of their last home game against Bohs PICTURE: STEPHEN DOHERTY

“They’ve got better as the season has gone, from game one, to game two and then last week against Derry,” Horgan said.
“I just hope they don’t play even better in game four or we could be in bother.”
The Harps manager was a big admirer of Kevin Sheedy during his playing days, but knows little about his managerial credentials.
“He was a brilliant player,” he said. 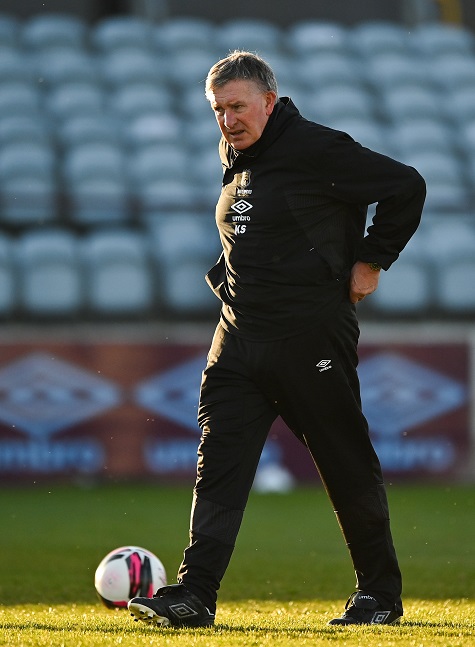 “Who wouldn’t say that about Kevin Sheedy. He was a class act in a wonderful career and look at the success he enjoyed playing with Ireland too.
“It’ll be interesting to see how he gets on with Waterford, and I wish him well.
“The guy that was there before him (John Sheridan) was a former international too.
“I thought he was brilliant. If they had managed to hold on to him, I have no doubt Waterford would have got into Europe and perhaps because of that, we’d have been relegated.”

Sheedy has former Everton and Blackburn Rovers striker Mike Newell as his assistant, and he brings a wealth of managerial experience of his own, having been in charge at a host of lower league clubs in England including Grimsby Town, Luton Town and Doncaster Rovers.
They’ve managed to steady the ship at the RSC after a difficult start to the campaign in which they lost away to Drogheda United (1-0) and at home to Sligo Rovers (2-1).
Last Saturday night’s 2-1 win at Derry stopped the rot, but it came at a cost as they lost their captain Oscar Brennan to a red card late on. As a consequence, he will be suspended for this Saturday’s game at Finn Park.
Harps will once again be without the injured trio of Mark Timlin, Ryan Connolly and Conor Barry while Horgan said there are players who are carrying injuries since last weekend’s game at Drogheda.
Harps also played Sligo Rovers in a specially arranged Bank Holiday Monday friendly at the Showgrounds in which some of those who didn’t get much game-time in the matches so far played from the start. Stephen Folan and Sean Boyd got the Harps goals as Sligo won 3-2.
“It was a good run-out and the match served its purpose,” Horgan said.
Harps and Sligo, along with St. Patrick’s Athletic, lead the way in the Premier Division with seven points from a possible nine.
St Pat’s can move clear on their own at the top on Friday night if they can avoid defeat at home to Derry City.
In the other game on Friday night, Dundalk play Bohs.
Harps’ meeting with Waterford at 6pm, is one of three matches on Saturday night in the Premier Division. Sligo Rovers meet Shamrock Rovers at the Showgrounds and there’s a battle of the two newly promoted clubs as Longford Town host Drogheda United.