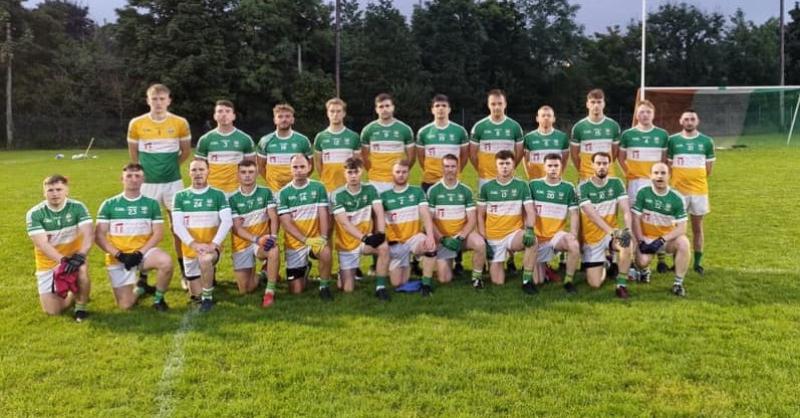 The Buncrana who beat Burt this evening

Tom Comack at the Scarvey

Buncrana lived up to their billing as one of the tips to win the Donegal IFC with a comfortable first round win over Burt in the Inishowen at the Scarvey.

Darach O’Connor and Caolan McGonagle goals for the locals in the second half did the trick - which maintained Buncrana’s 100 percent record this season having won Division 3 with nine from nine.

Buncrana were six up, 0-7 to 0-1, at half-time with Peter McLaughlin, Sean Parker, Adrian Doherty, Odhran Doherty and O’Connor scoring the points. Denvir Kelly scored Burt’s only point and the first white flag of the night after two minutes.

Burt set up defensively and were hard to break down. But the Buncrana men, powered by McGonagle and Peter McLaughlin in the middle of the park were patient. And they were 0-3 to 0-1 one in front at the first water break.

Burt did put on a spurt in the second half and Mark McElhinney and Ronan McDermott and Sean McHugh did find the target and they always faced an uphill battle.

Buncrana continued to be workmanlike in the second half and the game was well and truly decided before the Jigger bagged the first goal.